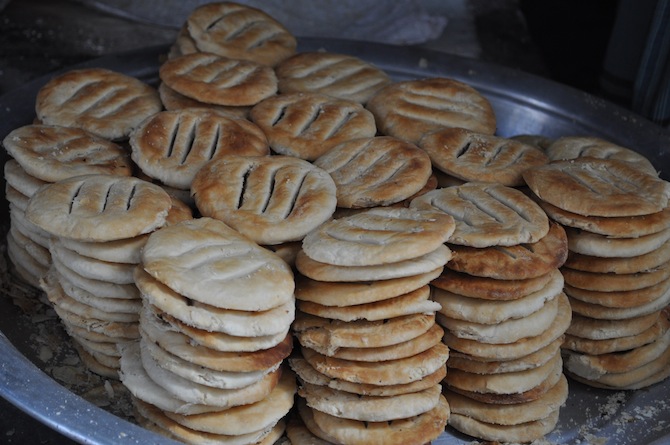 The memory is so clear in my mind. I was 10, visiting my maternal grandmother in Lahore, Pakistan, and gobbling up anything being offered on a plate. Never in my life had I eaten food that looked so inviting, and when the local baker offered me a steaming cup of a strange light pink concoction with crisp biscuits I was transported to the mad hatter’s tea party. I was already a tea drinker by then, but pink tea?

Most bakers in Pakistan originate from Kashmir in the Indian subcontinent and are settled all over. They carry on with their tradition of making breads, while they drink a tea called noon chai or sheer chai, made with green tea, bicarbonate soda, milk and salt, the collaboration resulting in a pink-colored tea. They add pistachios for more pronounced flavor, and its effect on my 10-year-old self sent me into a phase where all I wanted was to eat at Kashmiri shops and guzzle noon chai. 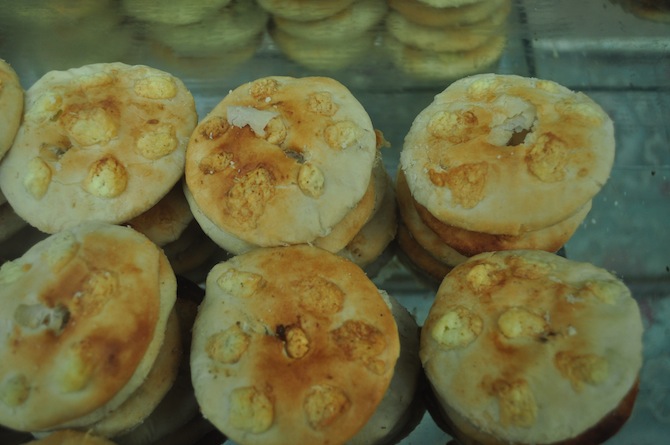 That fine winter afternoon I ate five biscuits with the tea before turning my attention to the treat, which seemed to develop more layers as my gluttony increased. The tea still takes me back to my childhood, but the bakarkhani biscuits have, over time, grown to fascinate me with their versatility.

The bakarkhani is a staple snack eaten in many parts of the Indian subcontinent and varies in appearance. When I first ate it that winter afternoon it seemed a de-shaped sort of disc much like a puff pastry, but I later ate a heart-shaped one and even square ones. Little did I know this layered bread is said to have traveled across the borders from the subcontinent’s further most corner, Bangladesh, my home country.

The Legend Behind The Biscuit

Legend describes how Aga Bakar, a general in the army of Nawab Siraj-ud-daulah in the 1800s, fell in love with a courtesan called Khani begum, who was also the love interest of a rival general. She was eventually murdered as a result of her two feuding suitors, and the distraught lover Bakar is said to have inspired bread-makers to name his favorite bakery item as an to ode to his love. The name thus morphed from “Bakar-Khani” into “bakarkhani.”

The tale is popular in Bangladeshi folklore, and the old part of Dhaka, the capital of Bangladesh, still follows an age old tradition of waking up to the smell of freshly baked bakarkhanis with sweetened milk tea. It is popularly eaten with sweet curd, rice pudding or some kind of a fruit conserve, guava being a popular choice. Dhaka mainly sells three kinds of Bakarkhani: a plain variety with diagonal cuts across the top, ones sweetened with sugar, and a style stuffed with cheese (simply called cheese bakarkhani). 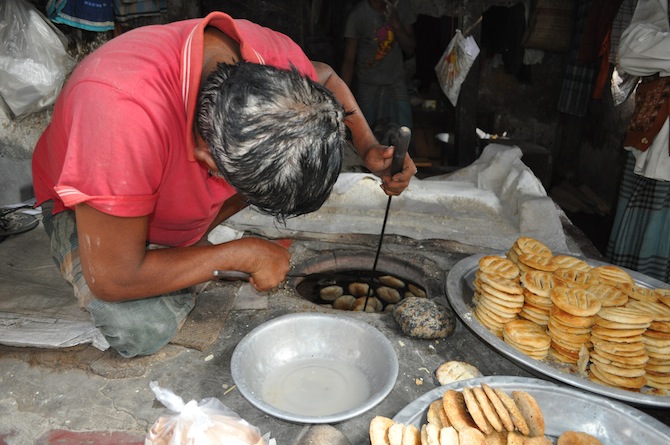 Hooking the bakarkhanis out of the clay oven. Photo courtesy of Roksana Karim.

Prepared by bakers whose family business is comprised around baking this popular snack, work starts in the morning when they sprinkle their clay oven with water to cool it down by lunch time. I visited Becharam Deury, an area in the older part of Dhaka city replete with Mughal architecture. This was left as a remnant of the Mughals stationed in the then Bengal province, around the 17th century. Right behind the central jail — which is waiting to be soon turned into a museum — I dodged donkey carts, cycle rickshaws, motorbikes and delivery carts that led to a narrow alley, arriving at a decrepit looking shop that looked like a fire had gutted its walls leaving them charred.

Mostofa, the shop owner, was busy making his last batch of the sweetened bakarkhanis, hooking them with his steel pointer and sticking them to the sides of the clay oven. He chatted with me, explaining how his father had set up this shop 40 years ago and had passed down the family trade. Unfortunately, older shops in Dhaka have been reconstructed to something else, but Mostofa’s shop stands witness to a time when people lived a simpler life and this older part of the city was not so crowded.

I downed a few bakarkhanis sans tea, but they did not taste like anything I had eaten before. I let the layers unwrap in my mouth. The plain ones had a subtle biscuity taste, until I ate it with the skewered (seekh) beef kebabs, which allowed the bakarkhani — considered a side dish — to absorb the flavors. It is sometimes eaten with slices of cottage cheese as a wholesome snack. The sweet ones were definitely more eatable on their own, and the cheese bakarkhanis simply melted in the mouth, with blankets of cottage cheese enveloped within.

In earlier times, bakers would knead the dough with mawa — a dried, condensed milk similar to ricotta cheese — and stretch it before rolling it up into layers like a phyllo. But now to cut down on costs, molasses is used to add a touch of decadence which ultimately gives the bakarkhani a reddish hue. 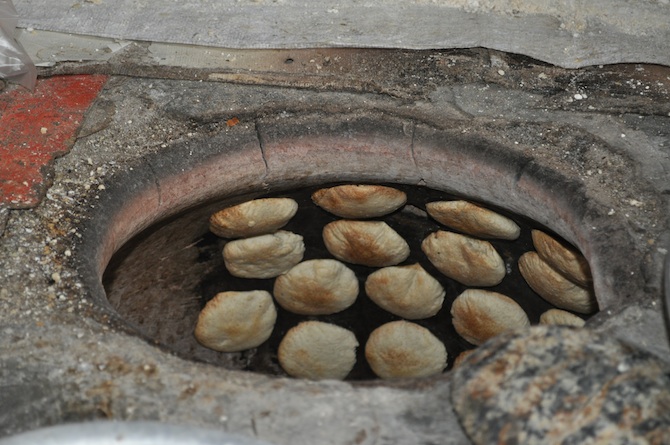 Sweet bakarkhanis in the oven. Photo courtesy of Roksana Karim.

The Kashmiris often eat the bakarkhanis resembling a large bread or nan, whereas the Pakistani ones are more like phyllo pastries of different shapes. The bakarkhanis of Dhaka have, however, maintained their look and feel for centuries, and are still considered a popular part of the local food culture. As bonding over a plate of bakarkhanis and tea happens all over the subcontinent, this layered delicacy has helped the Hindus and Muslims of Patna, India come closer.

Baked by Hindus during the Muslim holy month of fasting (Ramadan), these large nan shaped bakarkhanis have helped build religious harmony. The bakrkhanis of Dhaka have however maintained their look and feel for centuries now, still considered a popular part of the local food culture. Even today, bakarkhanis are dipped in a creamy milk and nuts mixture and sent to the bridegroom’s house by the bride’s family as part of a wedding ritual in some houses. So as my journey that began when I was ten still continues, I sit back and sip my Indian chai latte with a crispy cheese bakarkhani and let the layers transport me back to the Mughal era of the general Aga Bakar.

Tranquil Tropical Fruits On A Boat In India 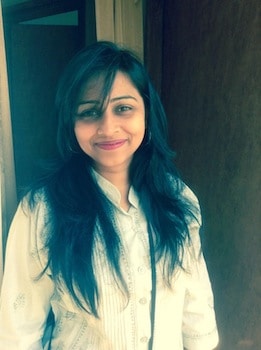 About The Author: Reema Islam

With a degree in Environmental Sciences and an active passion for archaeology, Reema is on a sabbatical from full time work, doing research to set up her own project on raising awareness for heritage conservation while juggling between her own catering line of healthy soups and salads called The Fearless Olive as well as a regular column in the local newspaper on healthy eating. Reema loves cats, steaming cups of Indian chai (sans sugar!) and mystery novels.