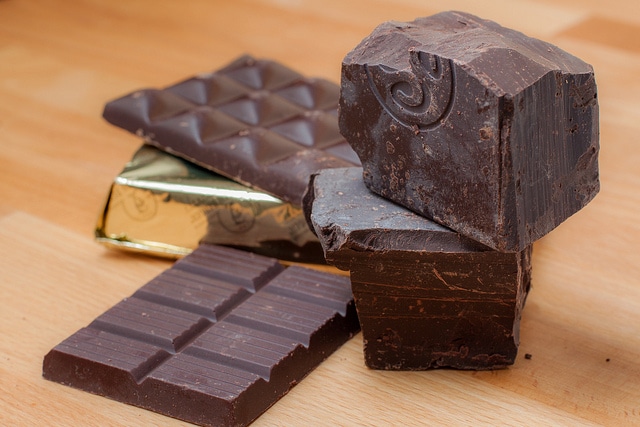 Make sure your chocolate is ethically-sourced this Easter. Photo courtesy of timsackton.

Easter has always been a time to celebrate rebirth. During the spring, the entire planet seems to come back to life. Trees and flowers begin to blossom and the holidays are celebrated with an array of delicious foods. Most notably, chocolate eggs and bunnies have become a symbol of the season; however, while most of the holiday is a symbol for liveliness, even the whitest of chocolates hold a dark side, routed in slavery and unfair trade. Make sure you understand the facts about chocolate and where yours comes from this holiday.

The International Chocolate and Cocoa Industries

In the United States in particular, chocolate has become an important part of the nation’s culture. In a recent study by the Harris Poll, 52% of Americans have said chocolate is their favorite flavor. The International Cocoa organization has also found that Americans eat an average of 11 pounds of it and spending a total of $20 billion each year.

The chocolate industry’s production is based primarily out of western Africa, where climatic conditions are ideal for cocoa bean production in nations like the Ivory Coast, Ghana and Nigeria. Since some of the world’s largest chocolate companies like Mars, Nestlé and Hershey’s base their pricing strategies on their ability to sell large quantities of chocolate at low prices, West African nations are an ideal place to source their beans from. Unfortunately, these inexpensive costs come with other expenses as harmful chemicals like lindane and menthyl bromide are found in the pesticides used to maintain cocoa crops. These chemicals have been known to lead to reproductive, respiratory and neurological complications. In addition, in order to be able to supply cheap cocoa, nations such as the Ivory Coast and Nigeria have become infamous for employing child slaves to work in cheap labor.

While Mars, Nestlé and Hershey have all denied supporting unfair practices and child slavery from any of their suppliers, it has been found that approximately 75% of the chocolate consumed in the United States is sourced from the Ivory Coast, a nation known for child slavery issues.

Since this issue began to rain attention in recent years, many reporters have journeyed to the Ivory Coast to attempt to shed more light on the situation; however, the nation’s government officials have been less than pleased with this attention and have detained several journalists looking to expose the secrets of the cocoa industry, which remains shrouded in secrecy.

Child Slavery in the Ivory Coast

The Ivory Coast was first exposed for its unethical practices on a major scale in the 2006 Hollywood movie, Blood Diamond. The film brought light to the nation’s issue of child slaves and soldiers. Despite the attention it received, it is still estimated that over 100,000 children live as slaves in the nation.

How Children Enter Life as a Slave

There are several ways children can become child slaves. Many become slaves before they become teenagers, with some child slaves being as young as seven years old. Most are sold into slavery by their parents or family members who cannot afford to feed or care for their children. They are sometimes even told their child will be taken care of and will receive an education and job training. When a child is sold into slavery, they are often bought for as little as $30 and are often never able to see their family again. Other times, children are kidnapped off the streets by men in nice cars, luring them with promises of wealth and prosperity.

Life as a Child Slave

Once a child has entered the world of chocolate slavery, they get sent to a remote cocoa plantation where they are forced to work long 12-hour days with very little food while harvesting cocoa beans. To collect the beans, the children are made to climb cocoa trees, then hack the beans open using a machete and transport them back to the plantation. Since they are working with such a dangerous tool, many incur gashes and scars on their arms and hands in the process. In addition, slave drivers have been known to use violence on a regular basis to discipline inefficient slaves.

Despite these horrendous conditions, few children are able to escape. Many farms are hundreds of miles from the nearest town and surrounded by densely forested terrain. In addition, slavery is the only life that many of the children know and many don’t even have the expectation that escape could lead to a better life. 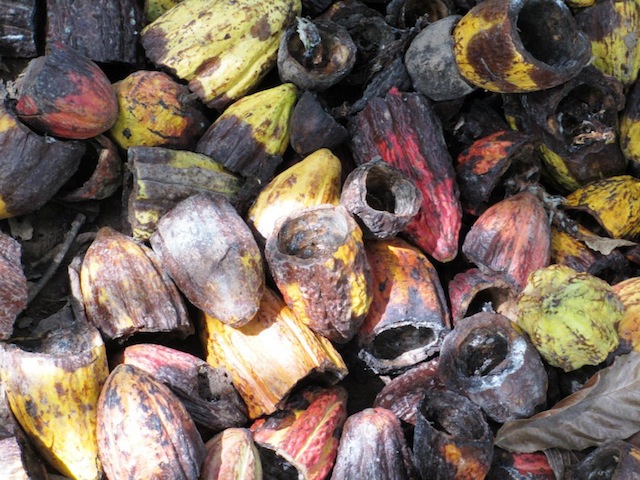 Despite the large presence of child slavery in the Ivory Coast, the practice has technically been illegal across the globe since the 1989 Convention of Rights of the Child. This convention states that any child who is 18 years of age or younger is to be protected from economic exploitation. In addition, the Ivory Coast has ratified the Worst Forms of Child Labour Convention in 1992, which requires their government to take immediate action to eliminate child labor.

Realizing that the Ivory Coast was not adhering to the terms of these conventions, the US government created their own Harkin-Engel protocol in 2005 to prevent people from contributing with their money (via purchasing unethical chocolate) to child labor. This protocol was originally created to impose a labeling system on chocolates to prove ingredients were not sourced from unethical resources; however, major chocolate corporations were able to bribe down the terms of the protocol and delay any impositions until 2020. 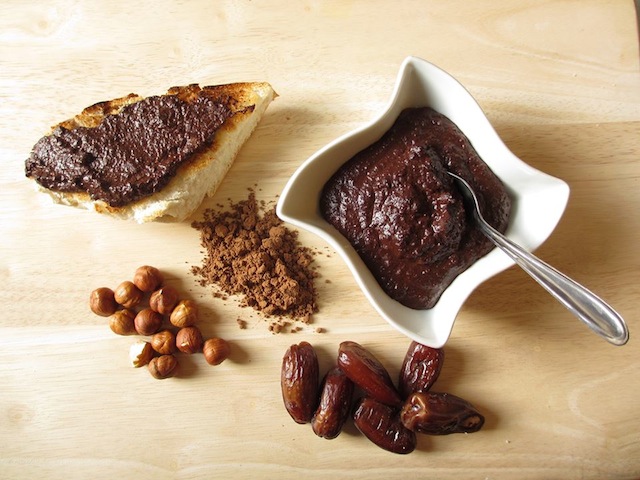 Even with several failed attempts at providing transparency to the chocolate industry, there are still other ways to determine which chocolates are not rooted in slavery. Labels like Fair Trade, Equal Exchange and Rainforest Alliance ensure workers across the supply chain have received a fair wage for their work. Direct trade producers and those with shorter supply chains are also more likely to have sourced their cocoa ethically.

If you’re looking for a sure bet for ethical chocolates this Easter, check out some of these companies:

Mama Ganache
The company’s philosophy is “Do No Harm” and is something they carry all the way from their cocoa farms to your table with 100% organic and Fair Trade products. For Easter, they’ve got a full collection of bunnies, eggs, baskets and truffles.

Camino
After the founders of this Canadian company witnessed the horrors of the chocolate industry first-hand, Camino was created to build vibrant local and global communities through chocolate production with their suppliers across Central America and Africa. For Easter, check out their milk chocolate bunnies.

Equal Exchange
Equal Exchange supports small-scale farmers across the globe that are involved in not only the production of chocolate, but also coffee, tea and various snacks. They have made it their mission to foster long-term sustainable partnerships with all of their partners and to provide high-quality end products. To celebrate the holidays, they’ve put together a special Easter egg gift box.

How do you ensure your chocolate is ethically sourced?

Judi Zienchuk has lived everywhere from Southeast Asia to Northwestern Canada. When she's not galavanting the globe, you can usually either find her on a bike or consuming large amounts of caffeine (maybe even both at the same time). To get more personal, check out her blog, Travvel Sized.