Israeli cuisine is, by its very nature, a cuisine composed of juxtapositions and contradictions. A cuisine from a state that was only born a little over 60 years ago, a state that quickly became home to people of different backgrounds, languages, cultures and foods. How can one get to the root of this cuisine, and what can we expect now that the spotlight has been turned to it? 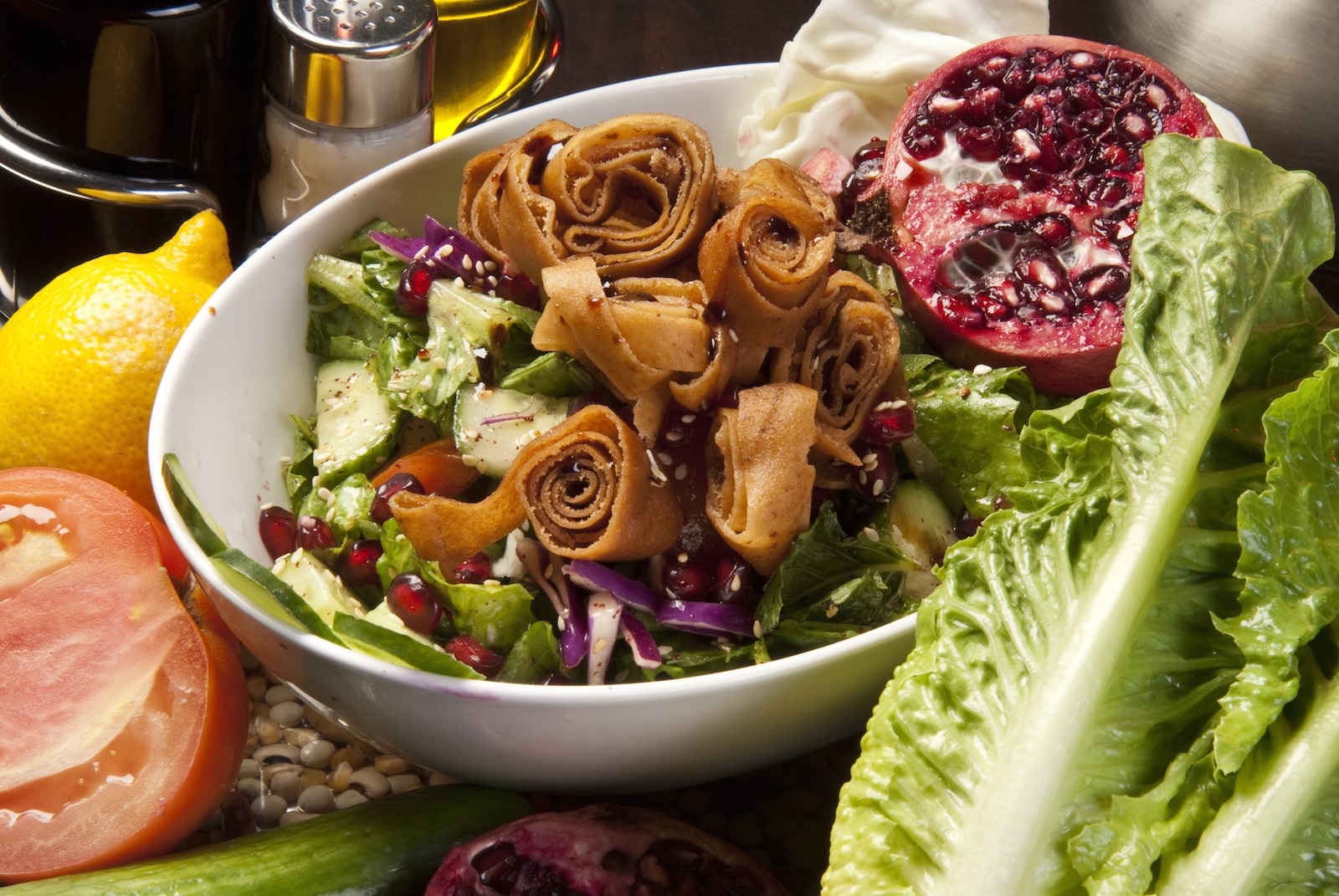 The History Of Israeli Cuisine

Israeli cuisine is composed of several different elements. The region itself is, of course, strongly influenced by the food in surrounding countries, such as north African countries like Morocco, Tunisia and Egypt, as well as nearby Syria, Lebanon and Jordan. But it was also strongly influenced by the Ashkenazi Jews who flocked to Israel in the 50s and 60s, people who brought with them an array of recipes from their Old World homes.

Israeli culinary culture was long defined by the country’s relative poverty: dishes that immigrants wanted to make were further defined and modified due to what was available in Israel. Beef and veal, for example, were difficult to come by, as the space needed for large ruminants was not available in the small state. As a result, Israeli cuisine created recipes like turkey schnitzel, a vestige of veal schnitzels from Europe. It wasn’t until much later that influences from surrounding countries brought Arab influences to the national cuisine; today, falafel, a Syrian and Egyptian invention, is the most beloved dish in all of Israel. 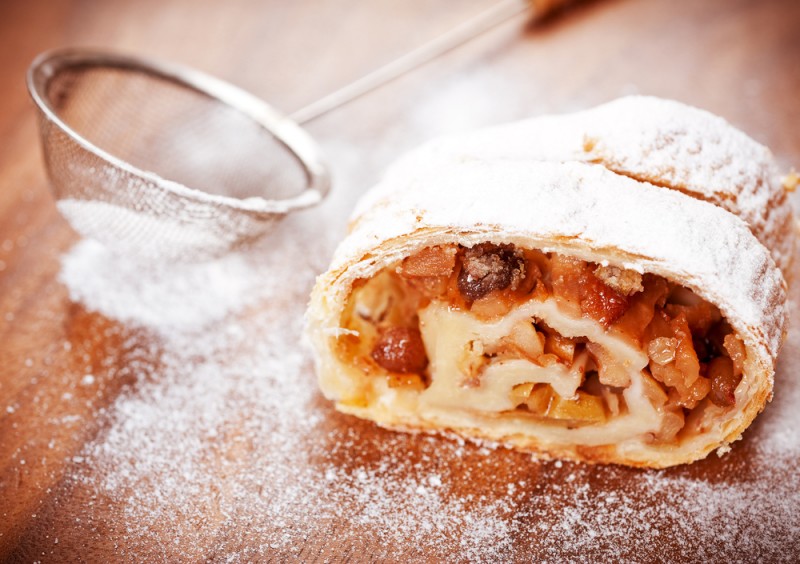 One of the most intriguing imports into Israeli cuisine is strudel, the popular Austro-Hungarian pastry. Jews from this region brought strudel to Israel, where it became so famous that the word strudel is now used not only for the pastry but also for the @ symbol in Hebrew.

Israel’s culinary culture is relatively young, like the state itself, but its history stretches back far further than the history of Israel itself.

The Search for Israeli Cuisine, A Film by Roger Sherman 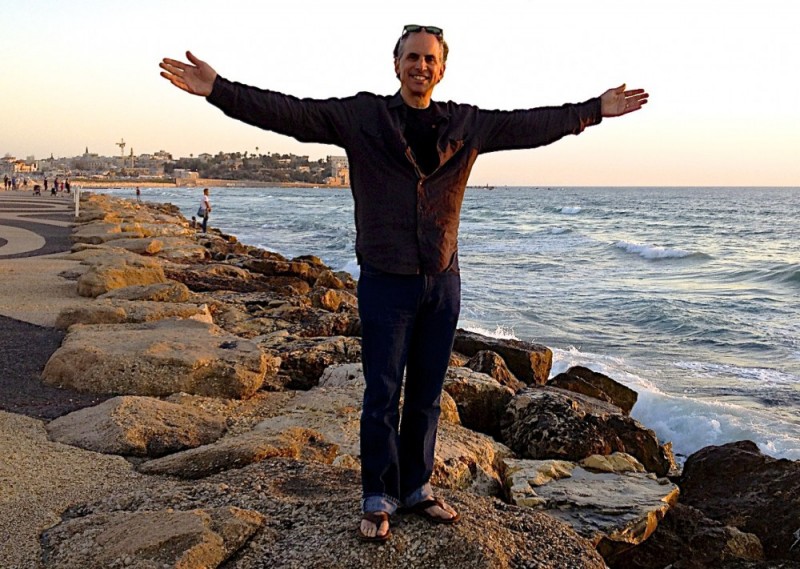 Roger Sherman is a film director who was inspired to create a film detailing the history of Israeli cuisine. The project’s journey started four years ago, when Roger visited Israel for the first time.

“I was knocked out by what I discovered,” he says. “One of the most dynamic food scenes in the world. The 70 cultures that influence the cooking in restaurants and homes, and even on the street was fabulous to discover.”

Over the course of the past 50 years, Israel has developed a food culture that can rival some of the longest running Old World food cultures out there. Roger cites the 350 boutique wineries, “cheese comparable to the best of France and Italy,” and some truly incredible restaurants spanning both modern and traditional Israeli cuisine. 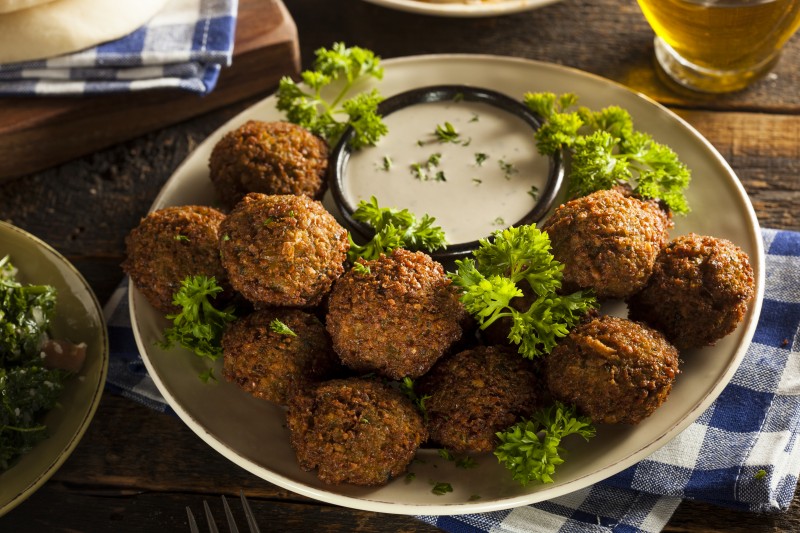 “What’s so interesting about Israeli cuisine is the country is too young to have an identifiable cuisine or national dish,” he says, though he does cite a few contenders: hummus, felafel, shawarma, shakshuka.

“They’re delicious and eat them as often as I can,” he says, “But they also are stereotypically associated with Israeli’s food. Israel has gone so far beyond them.”

What does he mean by this? The unique patchwork of the Israeli culinary landscape, a country where although over 50 different food influences have united in one space, they have not melded together the way one can see in other immigrant countries.

“Many people there don’t like the melting pot idea that we are so proud of in the United States,” Roger says. “They want each tradition to maintain its uniqueness.” 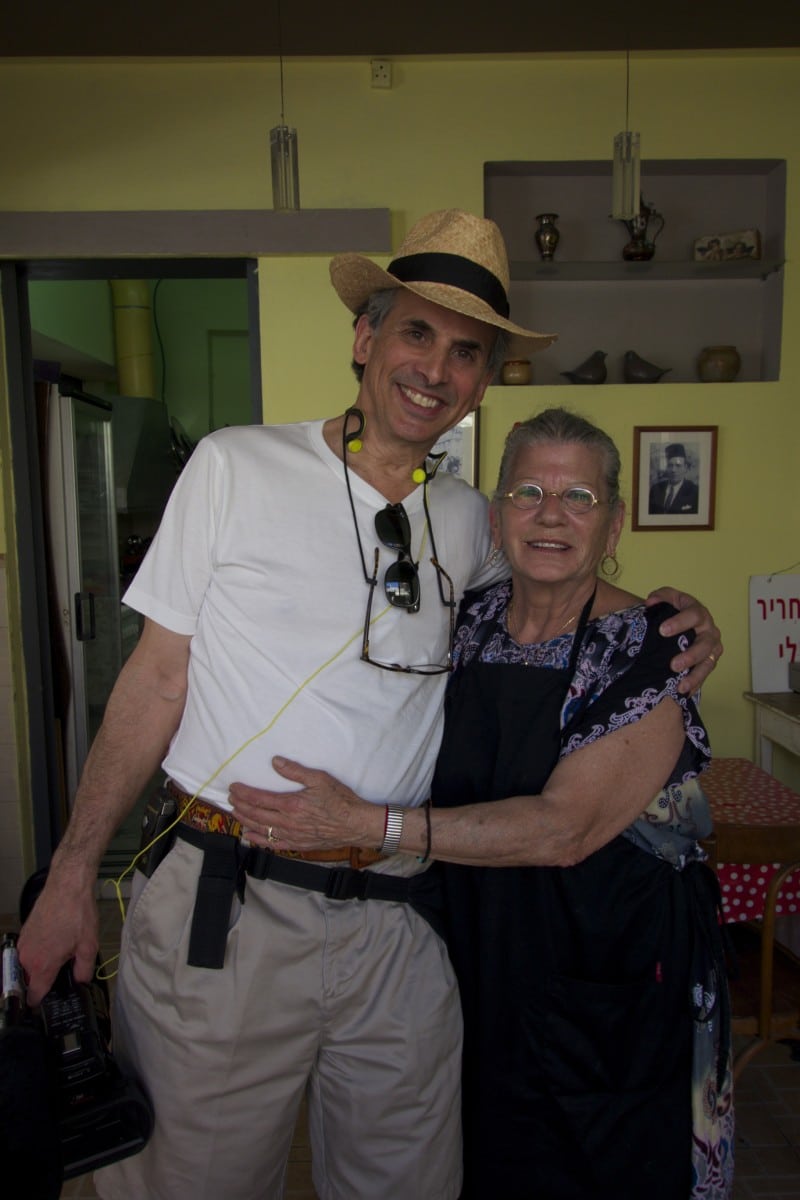 This means that the definition of Israeli cuisine stretches even further.

“Many feel that just by cooking in Israel, you’re making Israeli Cuisine,” Roger says, citing Julie’s Restaurant in Carmel Market in Tel Aviv as the prime example. Julie says she’s cooking Egyptian according to traditional family recipes and techniques. She doesn’t consider it Israeli, per se, and yet many traditional Egyptian dishes have come to be considered Israeli today, like the aforementioned falafel.

Julie is just one of many culinary professionals that Roger interviewed to make his film, which he is currently funding on Kickstarter, in the hopes of bringing a host of new information on this intriguing cuisine to the masses.

The Future of Israeli Cuisine

The evolution that Roger noticed when he was exploring Israeli cuisine is still occurring — it’s perhaps one of the most exciting culinary landscapes to discover today.

Some elements of the evolution of Israeli cuisine have to do with individual dishes.

“Take kubaneh, a traditional Yemeni shabbat bread, for example,” Roger says. “I first had it at writer, publisher, TV personality Gil Hovav’s home for shabbat lunch. He’s of Yemeni origin. It was delicious: almost burned on the bottom, crunchy on the outside, chewy inside. At Meir Adoni’s very popular Mizlala in Tel Aviv, he serves a kubaneh that’s rich and buttery like a brioche.”

The same dish can be approached in hundreds of different ways, thanks to the background and tastes of the person preparing it.

And Israeli cuisine is now no longer contained just to Israel. New Israeli restaurants are opening all over the world, and chefs like Yotam Ottolenghi are bringing Israeli food to the masses. The most vegan country in the world boasts a great number of recipes for those jumping on the trend of reducing or excluding meat and animal products from their diets.

So what’s next in Israel? According to Roger, Georgian cuisine may be the next frontier. A composite cuisine in its own right, Georgian cooking combines Middle Eastern, European and Western Asian influences for dishes like Adjaruli Khachapuri, a bread filled with cheese and eggs, kuchmachi, a spiced organ meat dish topped with pomegranate seeds, and khinkali, dumplings with a clear Asian influence.

Of course, that’s just one guess as to what’s coming next on the Israeli culinary landscape. “No one knows,” he says, “But it’s certainly exciting to watch and taste.”

Delicious Ways To Support The Local Economy While Traveling