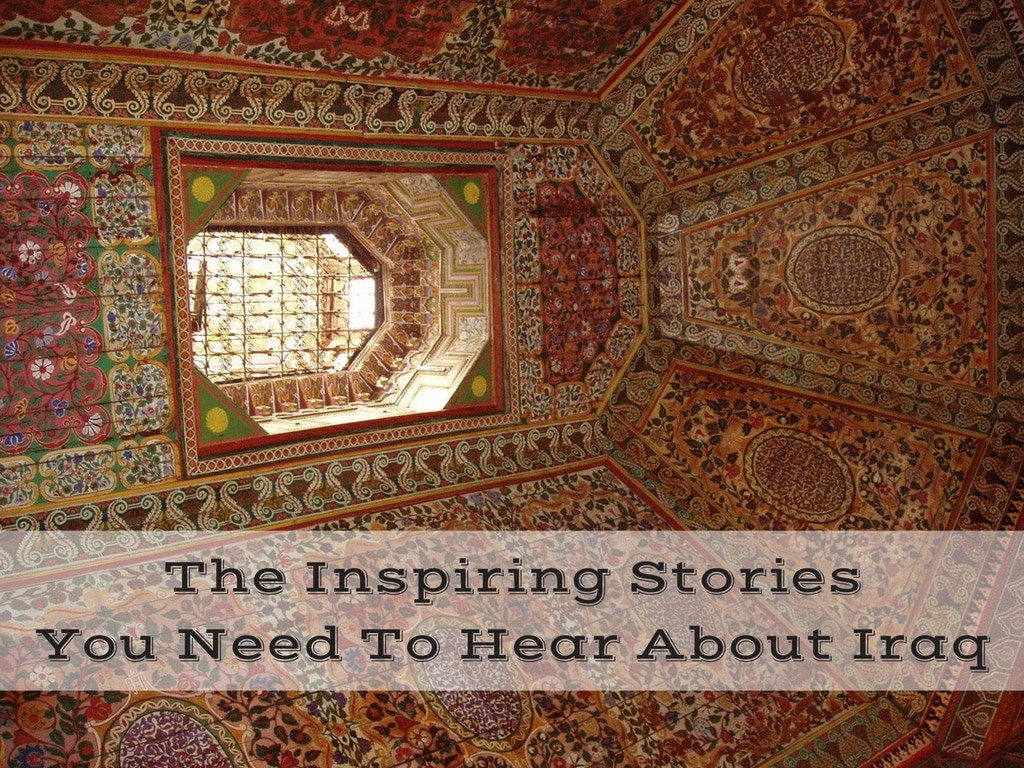 Dawn Bulchandani was only 16 when she became fascinated with the Middle East and Islam.

Since then, she has lived in Israel and Palestine, spent three weeks in Iraq doing relief work, and written a book, Driving Through Walls, about her spiritual journey through the Middle East.

Her passion for this widely misunderstood region also drove her to pursue three Master’s degrees — Counseling, Religion and Middle Eastern Cultures and Religions — and she currently lectures on the Middle East and Islam at Simpson University in Redding, California.

Despite all this, Dawn felt she could do more to help people living in conflict zones in the Middle East, especially in Iraq. In 2011 she founded Hope Iraq, a movement devoted to turning the tide of negative news and mindsets toward Iraq.

Together with her husband, Neel, she aims to bring hope to the people of Iraq by sharing inspiring stories of kindness and beauty from the country with the rest of the world and advocating other change agents in the Middle East.

Epicure & Culture interviewed Dawn to learn more about the ways her movement is helping spread support and hope for Iraqis and the people affected by ongoing conflicts in the Middle East. 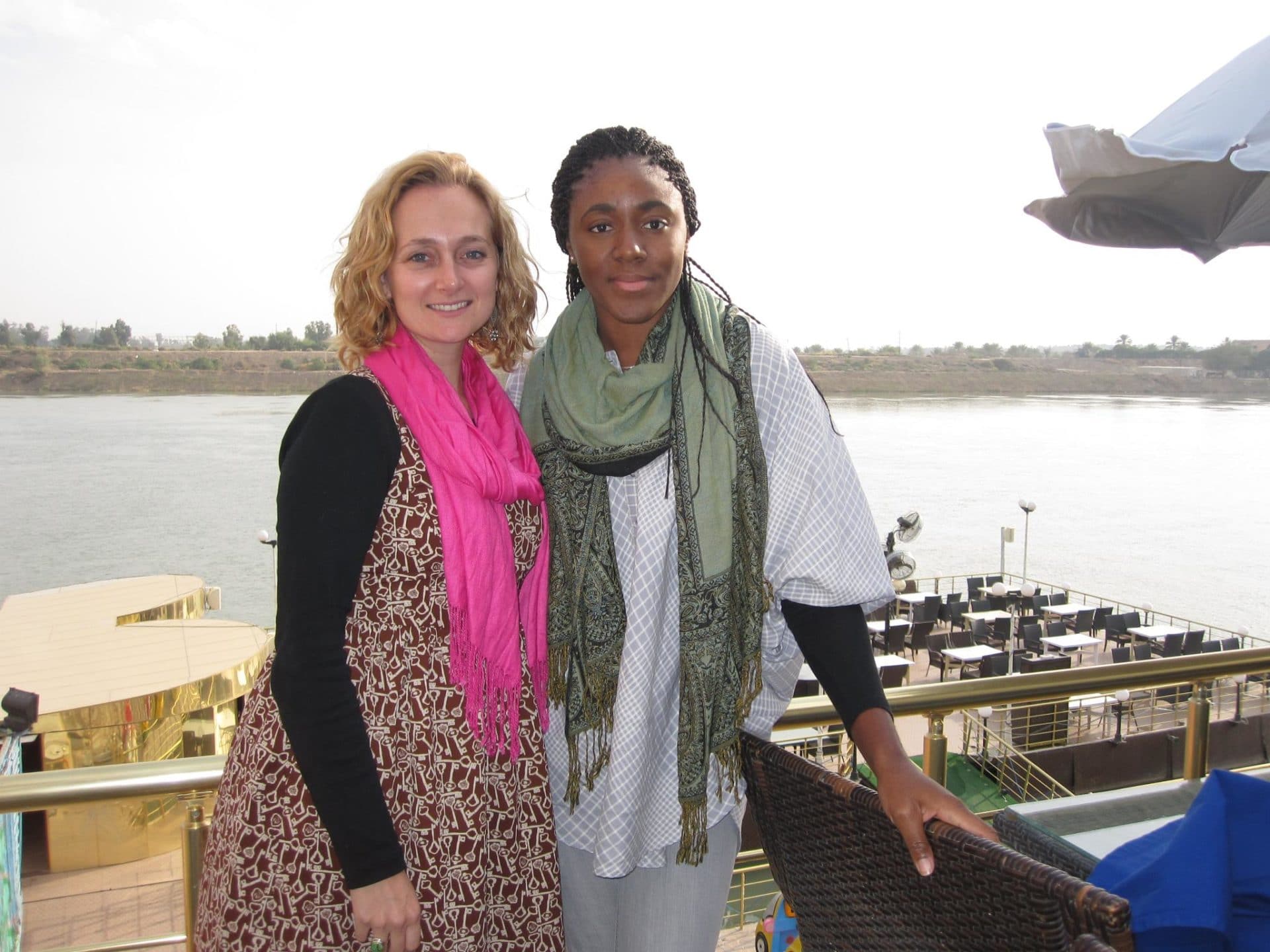 1. What inspired you to set up Hope Iraq?

My passion for the Middle East, with a particular focus on Iraq, was birthed in me at age 16. It was a wild encounter with God that was the tipping point. He gave me a vivid, heartbreaking compassion and love for that region.

Beyond that, as the years went by and Iraq eventually struggled to regain strength as the Iraq War waned on, I saw a need for positive news to counter the onslaught of negative news about Iraq. I saw how weary Iraqis had become as they became a global focus as a place and people of sadness, chaos and futility. Knowing that that identity was not the core of Iraqi identity, I wanted to advocate their true identity — as a people of hope, beauty and possibility.

2. How does Hope Iraq encourage people to become change agents for Iraq?

Hope Iraq is intentional about sharing positive news from Iraq or about Iraqis — as well as stories of those making a good impact on the nation. By bringing those angles to light, people are inspired to think differently about Iraq, and to realize they too can be part of the change.

We also share specific opportunities to give toward and partner with good works in motion in Iraq, such as raising funds for the Foundation for Relief and Reconciliation in the Middle East, founded by Canon Andrew White (the Vicar of Baghdad) and helping other non-profit organizations that provide shelter, food and medicine to displaced people in Iraq. Every single person is important and can make a change in the world. That is a core belief of Hope Iraq. 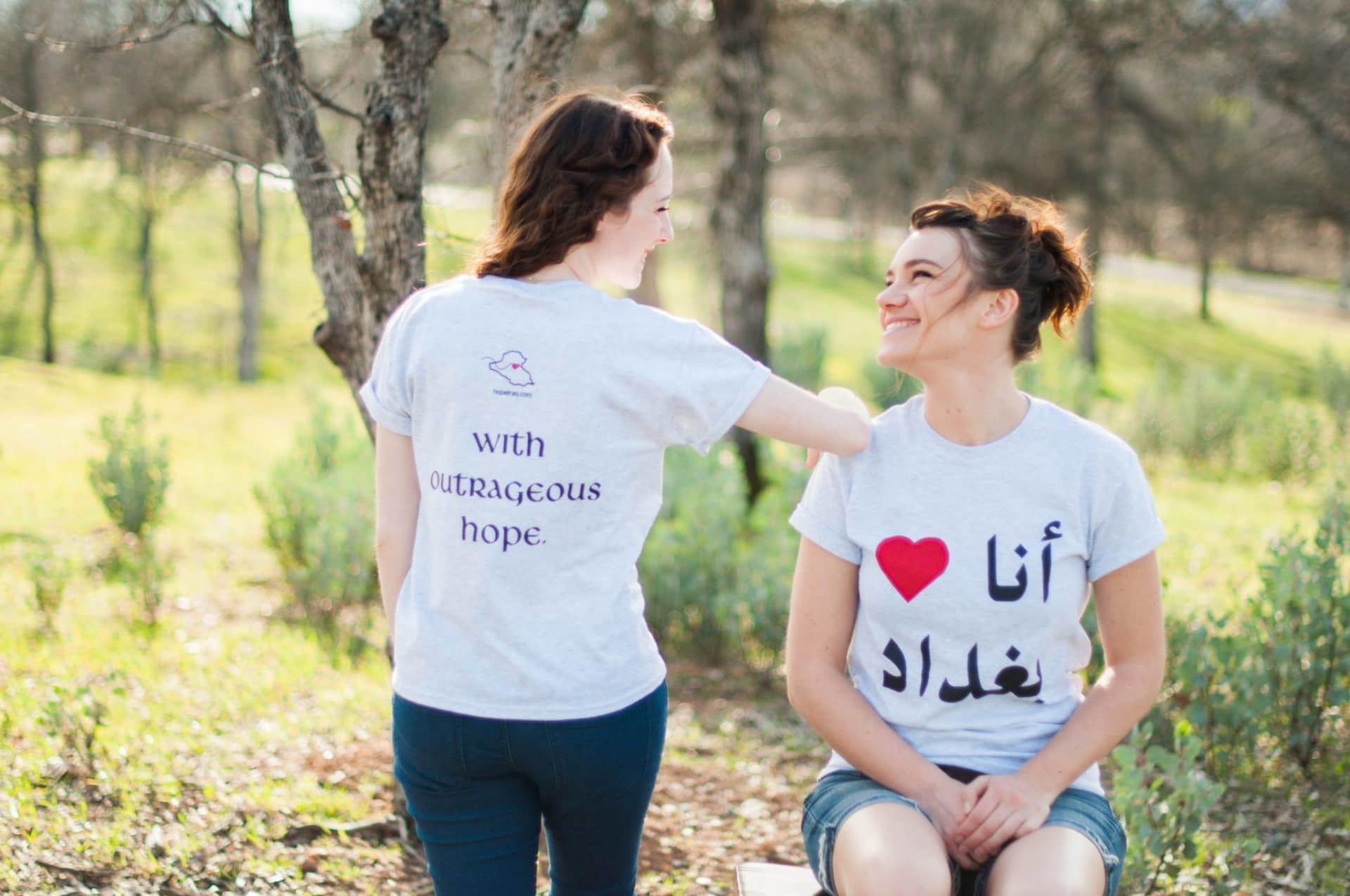 3. Your movement also promotes positive news about Iraq to help spread hope and support for Iraqis. Could you share some of your recent encounters with inspiring individuals or inspirational stories from Iraq?

When I was in Iraq I met a Shiite Sheikh with a dark past. He had changed his ways and was working toward social reform, including job training for men and education for women. Meanwhile, Wafaa Bilal, an Iraqi-American artist, is trying to rebuild the library at the University of Baghdad.

Other inspiring individuals who are trying to make a difference in the lives of Iraqis include the owner of Chobani yogurt, who donated 700 million dollars to Kurdish refugees; a woman in Virginia who knits scarves for Iraq; and our friend Kelsie, who lives in Iraq and works with refugees and displaced families in the Middle East.

There’s also the amazing team of volunteers at The Great Need, who deliver food, clothing and medicine to tens of thousands of children in Iraq. Another Iraq-based organization, Preemptive Love, aims to bring change to conflict zones “by confronting fear with acts of love.”

Recently a refugee talent show, Refugees Got Talent, was held in the Arbat refugee camp in Iraq. It’s also worth mentioning that Saddam Hussein’s yacht is now in the hands of Iraqi marine researchers, who are studying water quality and sea life in the Persian Gulf.

Did you know #SaddamHussein’s yacht is now being used by Iraqi marine researchers? #travelgood Click To Tweet 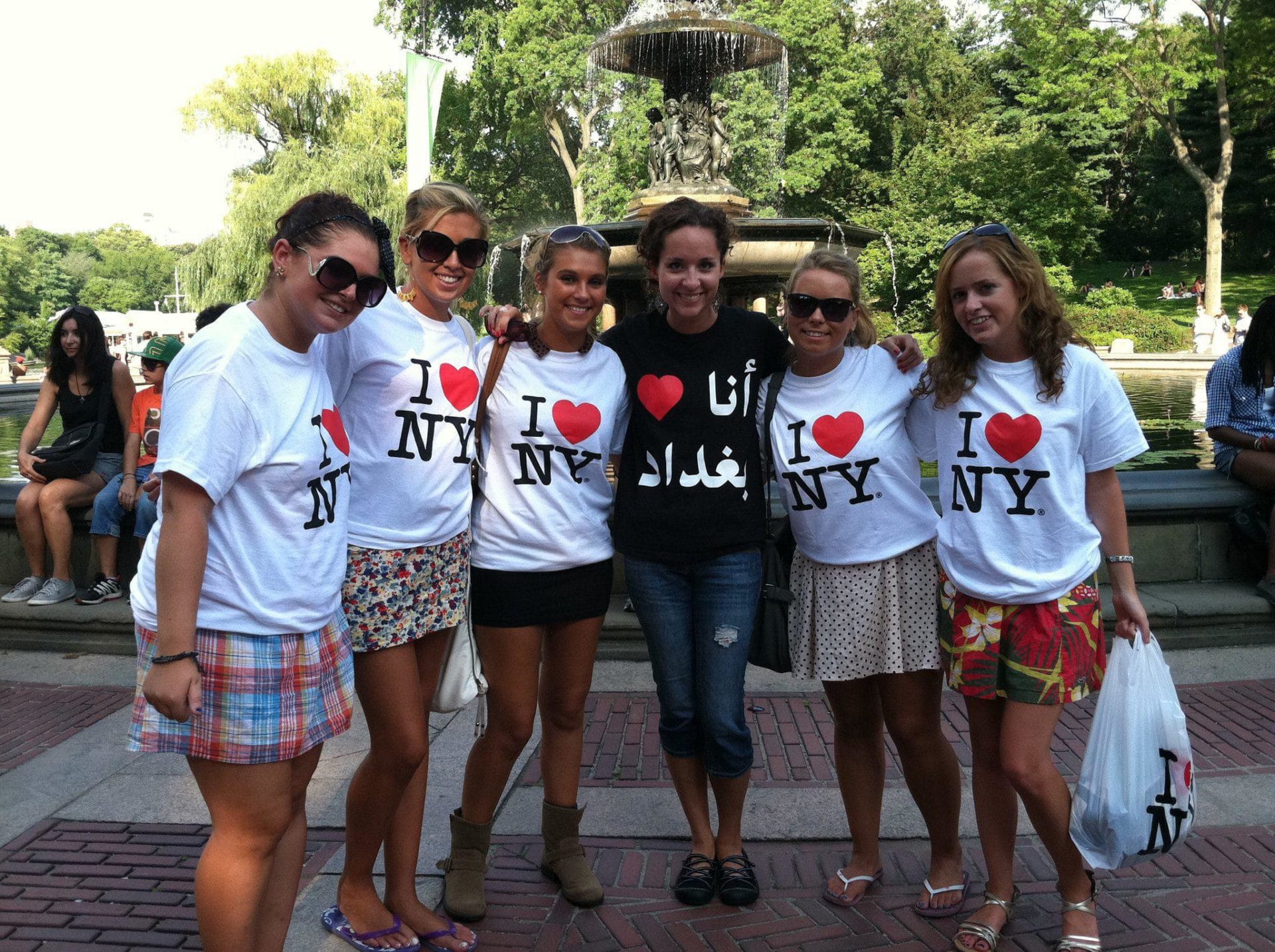 4. In light of the recent Iraqi refugee crisis, what are the main challenges for Hope Iraq?

The main challenge is still the public perception of Iraq and the willingness of people to stereotype, dismiss, condemn or even shun the people of Iraq. While I was in Iraq in 2011, a major UK newspaper had a headline story dubbing Baghdad “the world’s worst city to live in.” Stories like that perpetuate discouragement and hopelessness.

People in Iraq must be encouraged, advocated and supported. They are key to bringing an inside change to that precious nation.

5. What has been Hope Iraq’s most successful campaign to date? How did it challenge negative perceptions of Iraq?

We made “I heart Baghdad with outrageous hope” shirts and asked people to wear them around the world. Over 12 nations soon sent photos of people in those shirts: from Paris to Morocco to Kenya to Afghanistan to China and so on! In those places, people who saw the shirts were very curious: “you love Baghdad?. . . why?” Conversations arose as a result and mindsets shifted.

Hope Iraq takes interns and volunteers. If you have 10-60 minutes a week, you are welcome to pitch in! To learn more about Hope Iraq, and how you can contribute to their work, you can get in touch with Dawn and Neel at at [email protected]

You can also support Hope Iraq by following them on Facebook and Pinterest, and buying a ‘I heart Baghdad‘ shirt.

Meanwhile, you can follow Dawn and Neel’s journeys on their blog, Comuse Travels. 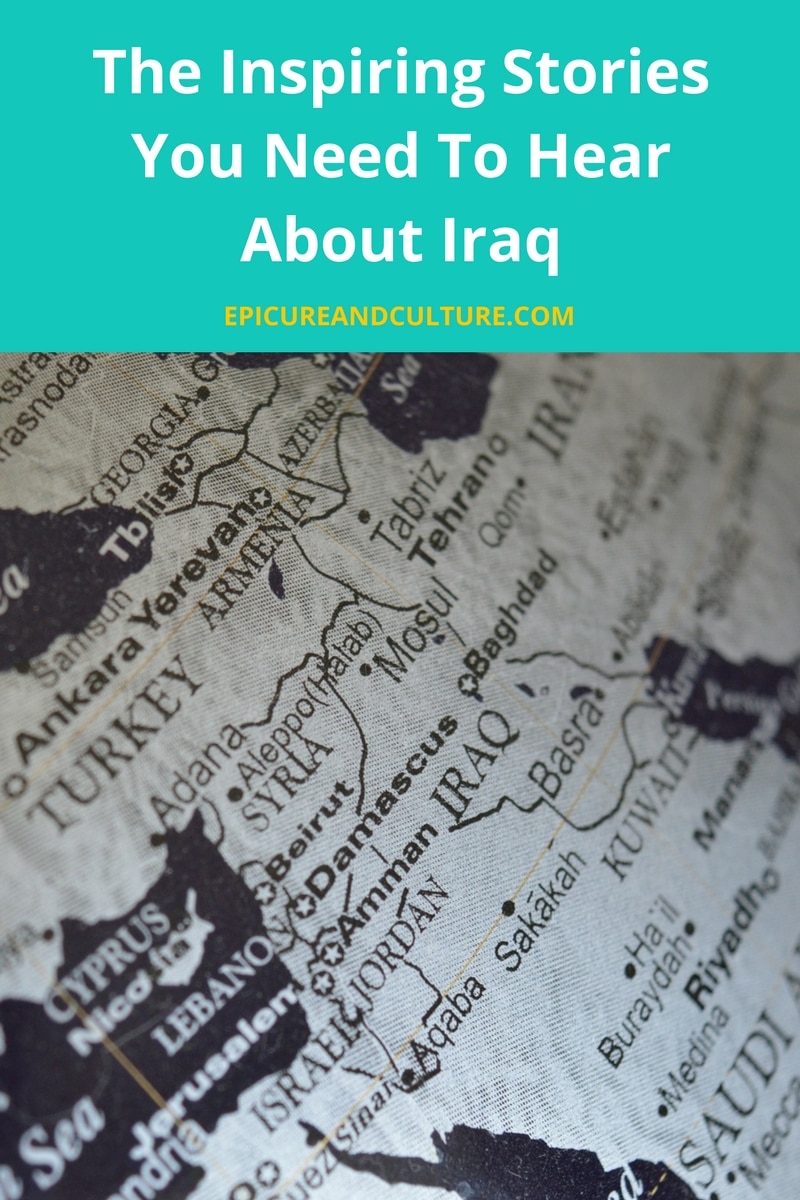 Have you had a meaningful experience interacting with the people of Iraq or learning about the local culture? Please share in the comments below!

Daniela Frendo is a travel writer and photographer from Malta. No matter how often she travels, she keeps breaking out in cold sweats at boarding gates. She is terrified of flying, but willing to try out stomach-churning delicacies wherever she goes. Her trips aren’t complete without doing a bit of trekking, experiencing local culture and getting a souvenir t-shirt.She has a degree in Communications and divides her time between teaching English and writing for different publications, including her own travel blog www.grumpycamel.com.