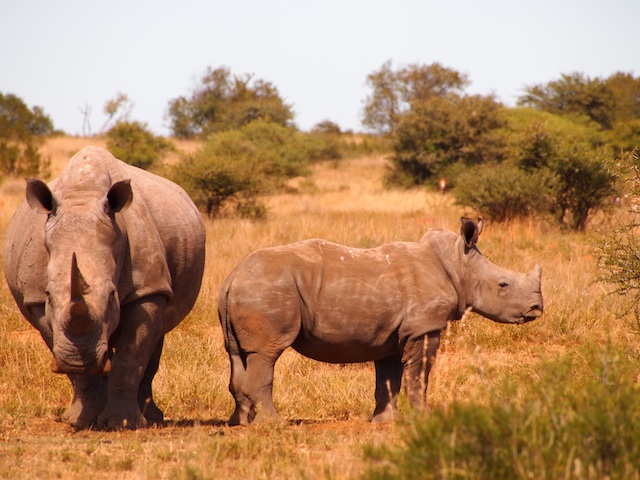 Something 50 million years in the making is on track to be wiped out in a matter of a few decades. The rhinoceros — essentially the world’s last dinosaur — is being relentlessly hunted and slaughtered for its horn. Comprised of keratin, just like your hair and fingernails, rhino horn is worth double its weight in gold at latest estimates. The horn is being used for myriad ‘cures’ in traditional Asian medicine, from arthritis to cancer, despite being illegal and medically useless.

South Africa is home to the world’s largest remaining population of rhinos, but it is also where you’ll find the greatest amount of violence against the animals, with one being killed on average about every nine hours. The white rhino species is the most abundant at 20,000+ animals, but estimates put their tipping point — at which more animals are being killed than are being born in a given year — within the next year or two.

Thus far, few efforts have been fruitful in stopping the killing, as the prize is just too great for poachers. Conservationists and researchers are working on devising any means possible to protect the species, from poisoning living rhino’s horns to using drones to spot poacher activity. Additionally, there are new efforts underway to try and reduce the length of the breeding cycle, as well as discussions about possibly synthesizing horn. Both are innovative approaches to mitigating the problem and could make some inroads.

Translocation is another approach to protecting rhinos. The government of Botswana has an initiative to restore its rhino population (which was poached out in 1992) with animals translocated from South Africa, the epicenter of today’s poaching crisis. There are several African-based tourism companies with efforts in this area, including Great Plains Conservation (GPC), &Beyond, and Wilderness Safaris. The latter is planning to translocate an unspecified (due to security) number of black rhinos sometime in the first quarter of 2014, and GPC and &Beyond plan to translocate up to 100 animals in 2015 if they are able to secure funding.

Controversially, South Africa may drop out of CITES (the Convention on International Trade in Endangered Species of Wild Fauna and Flora) in order to legalize trade in rhino horn. While this is causing somewhat of an uproar, it may have merit. Horn can be harvested safely from living rhinos approximately once every three years, and South Africa has plenty of horn in storage, both from farmed rhinos and from natural deaths of animals. The real question is whether or not legalization will drive increased demand, as well as blurring the line between legal and illegal product. 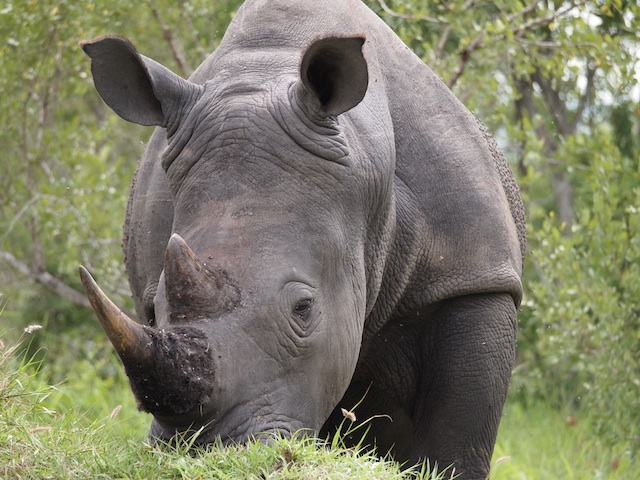 The darker side to the slaughter of rhinos is the money trail from poaching activities. According to the Environmental Investigation Agency, an independent organization committed to protecting the natural world from environmental crime and abuse, the trade in elephant ivory and rhino horn is funding terrorism. For example, ‘Up to 40% of al-Shabaab’s (a Somalia based al Quaeda linked terrorist group) money comes from … buyers.’ Ultimately, it is the consumers of ivory and horn that are funding al Shabaab, helping them to purchase weapons and explosives which they use to carry out terrorist activities, such as last year’s attack on the Westgate Mall in Nairobi, Kenya.

Perhaps worst of all, the people of Africa (and India, Nepal, Indonesia and Malaysia) are being robbed of their heritage. Tourism is an immensely important part of GDP for countries that have rhino populations, and it is one of the few activities that passively protect the rhino. 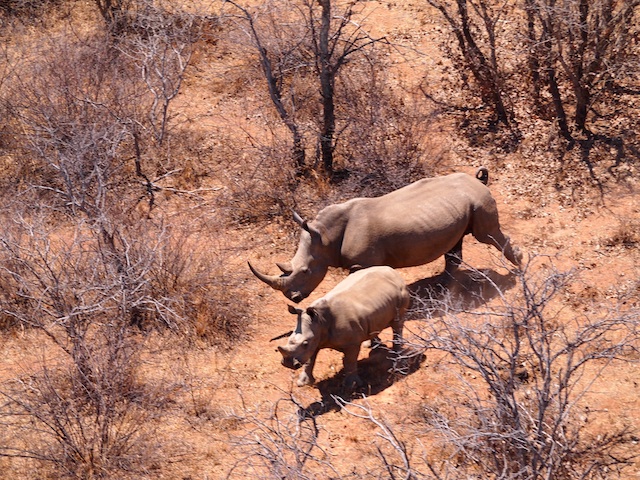 How You Can Help

What’s the ethical traveler to do? First of all, go and see the rhinos. This may sound a bit clinical, but in countries where there is human wildlife conflict or where resources such as land and water are scarce, wildlife is only ‘valuable’ when it brings in some kind of revenue. Tourism is the best source for that revenue. Travelers can also choose to travel with an operator that either donates some of its revenues to reputable charities, or uses camps that promote conservation or research.

Next, stay abreast of what is happening with these animals, and consider regular charitable giving to an organization that supports research, protection and conservation. Learn more about the International Rhino Foundation, Save the Rhino Trust or Wildlife Protection Solutions and consider supporting one of them. Finally, and this is obvious, never ever purchase a product made from endangered species. If you aren’t sure what it’s made from, don’t buy it.
Travel Information

To help support translocation initiatives, consider travel with Great Plains Conservation or &Beyond. Great Plains Conservation is headed by wildlife filmmaker Derek Joubert of National Geographic fame, and they have a special program for certain dates in 2014 and 2015 where they will donate a portion of bed night revenue from several of their Botswana camps to their Great Plains Foundation 501c3 to fund the rhino translocation. In addition to the knowledge that a stay with GPC or &Beyond is funding their initiative, longer-stay travelers will receive a special Beverly Joubert canvas print as well as other surprises while on safari.

A stay with Wilderness Safaris also supports translocation and protection initiatives. Wilderness Safaris funds the non-profit Wilderness Wildlife Trust, which supports a variety of projects in southern Africa, including wildlife management, research and monitoring. Wilderness has camps throughout southern Africa, as well as in Kenya and Republic of Congo. For rhino lovers in particular, a stay at their Desert Rhino Camp in Namibia is an exceptionally good choice. The camp offers a unique wildlife experience where travelers have the chance to view Africa’s largest free-roaming black rhino population on foot, and to help contribute to its conservation. The camp is a partnership with Save the Rhino Trust and the government of Namibia. 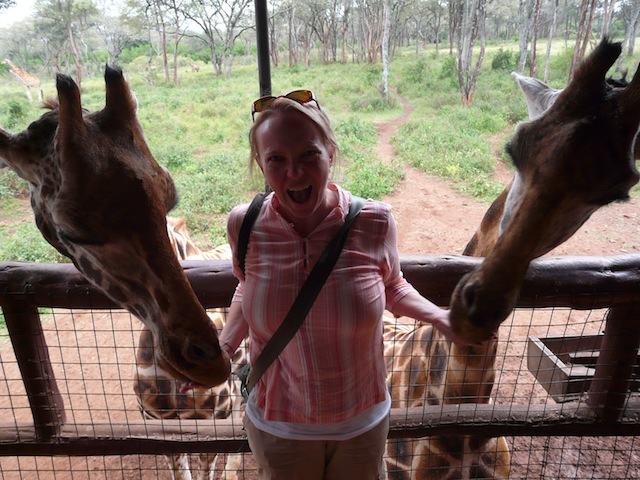 Gretchen Healey gave up a window office in the IT industry to embrace travel as a profession. She is a writer that focuses on filling her passport with new stamps at every opportunity. Each of those stamps has helped to shape her writing and also her life. Gretchen has visited more than 30 countries, but when she is home, she can be found hiking with her dog, cooking, gardening or skiing.

Gretchen Healey gave up a window office in the IT industry to embrace travel as a profession. When not traveling, she runs Pangolin Media, a full service copy writing development and online strategy consulting company focused on the travel industry and wildlife conservation. She has visited more than 30 countries, and each travel experience has enriched her life immeasurably. When she is home, she can be found hiking with her husband and dog, cooking, gardening or skiing.