Paris is famed for its pastry, but while millefeuille is marvelous and fans of the éclair abound, the heart and soul of French pastry is undoubtedly the croissant. A breakfast favorite and the source of inspiration for concoctions from the croissant-wich to the cronut, the croissant is nearly a cliché today. After all, what could be simpler and yet more delicious than layers of flaky, buttery pastry and a crispy outside layer?

And yet for years, food historians have disputed the origins of the croissant: is it truly a French pastry? Or is it Viennese, as the French term viennoiserie – encompassing croissants but also pains au chocolat and chaussons aux pommes – would have us believe? 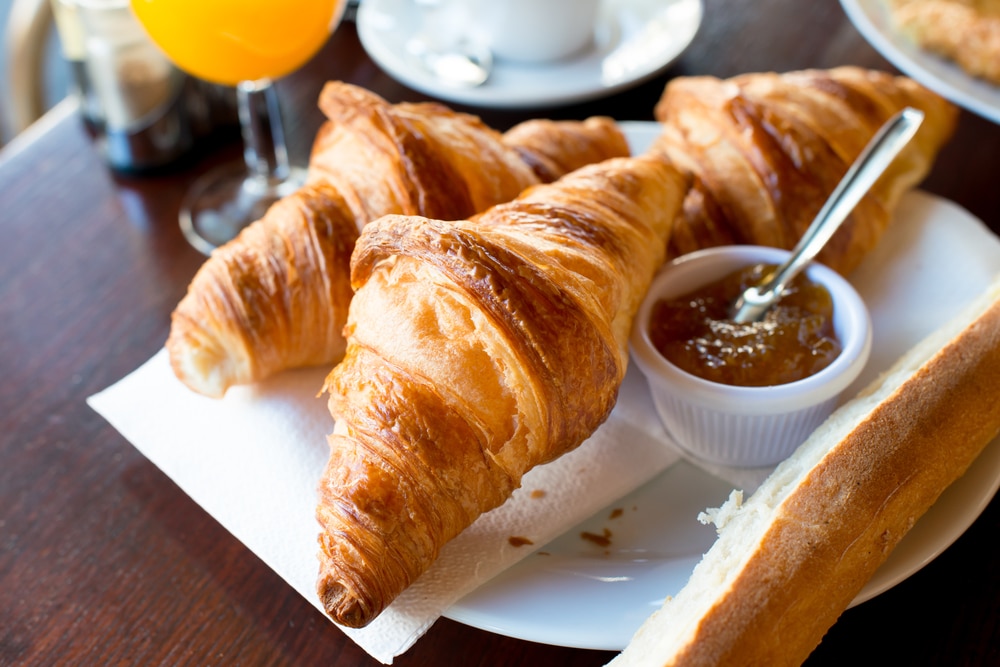 A French Pastry…Or Is It?

The earliest story of the croissant dates all the way back to 1683 Vienna, Austria. The legend takes place during the Ottoman Turk siege of the city; a baker apparently heard the Turks tunneling under the walls of the city as he lit his ovens to bake the morning bread. He quickly sounded an alarm, and the military collapsed the tunnel, saving the city. To celebrate, the baker baked a crescent-shaped bread, in the shape of the crescent moon of the Turkish flag.

This story is one of many like it. A similar one sets nearly the same course of events in Budapest, Hungary. Food historians dispute both versions, but if the first of the two stories seems the most likely, it’s due to yet another legend as to how the croissant finally became French. The source is the same as that of the color puce – Marie Antoinette.

The French queen during the Revolution was not French-born; she arrived in France at age 15 from Austria. Legend has it that she so missed an Austrian specialty called the kipfel – German for crescent – that she requested royal bakers attempt a version.

Of course, the far less romantic version of this tale – which also happens to be the more likely version – is the story of August Zang, an Austrian artillery officer who founded a Viennese Bakery in Paris in 1839, after the French Revolution. Most food historians agree that he is the most likely one to have introduced the kipfel to France, a pastry that later inspired French bakers to create a crescent of their own.

Which version of the story is true? It’s hard to say. The first mention of the croissant in French is in Anselme Payen’s 1853 Des Substances alimentaires ­– published nearly a century after Marie-Antoinette’s reign, which adds further doubt to the idea that the trendsetter queen introduced the pastry to Parisian palates. The first printed recipe does not appear until Joseph Favre’s Dictionnaire universel de cuisine, published 52 years after this first mention, a recipe containing powdered almonds and sugar that more closely resembles a Middle Eastern pastry than the laminated dough creation we know and love today.

One thing is certain: one year after the publication of the Dictionnaire universel de cuisine, Auguste Colombie’s Nouvelle encyclopédie culinaire published a “true” croissant recipe, with laminated dough as opposed to a more brioche-like dough that had been used previously. The croissant, as we know it, was born. 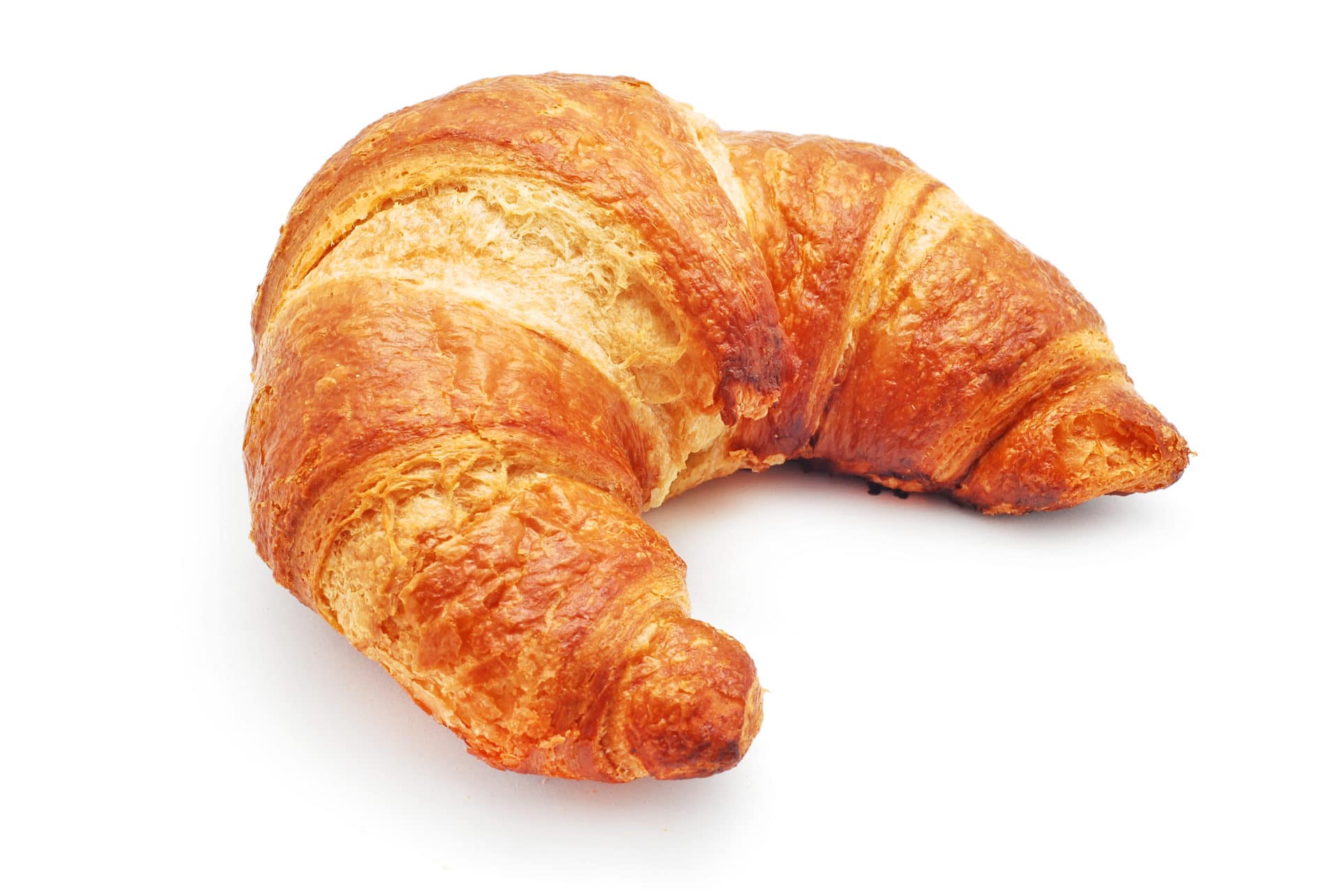 Photo courtesy of cristi180884 via Shutterstock

A Staple Of French Culture

Wherever the croissant originally came from, it is firmly ensconced in French bakery tradition today. The most popular is undoubtedly the croissant au beurre, or butter croissant, not to be confused with the croissant ordinaire, which is made with margarine. In fact, the more beautiful, typically crescent-shaped croissants you see in your bakery window are often the ordinaires, a butter croissant is more straight than curved and is worth the extra centimes!

While a savory ham-and-cheese croissant sandwich is nearly unheard of in France, there are a few other varieties. A pain au chocolat, often called a chocolate croissant in English, is in fact the same sort of laminated dough used to make a croissant, but it is not usually rolled into a crescent shape, thus the absence of the word “croissant” in its French name. An almond croissant is filled with a frangipane filling and usually topped with slivered almonds and powdered sugar. And while the trendy cronut hasn’t hit France quite yet, only time will tell how international influence will continue to develop this beloved viennoiserie.

A Taste Of Paris

If you happen to be in Paris and want a taste of this specialty, you’ll likely find them at any boulangerie. But if you’d like an exceptional morsel, try these addresses:

The Wander Year: One Couple’s Journey Around the World [Great Reads]

Do you have a favorite croissant shop in France or delicious croissant recipe? Please share in the comments below.