Are you or someone you know a vegan who’s had to resort to side salads at restaurants? While keeping a meat-free diet might have meant scraping together a meal out of accompaniments in the past, cutting edge chefs are now putting plant-based foods at center stage with innovative vegan dishes. Moreover, vegan comfort food — like sushi and French crepes — has become more widely available.

Whether you’re vegetarian, vegan, want to eat healthier or want to make more ethical dining choices, make sure you check out these innovative vegetarian concept restaurants and eating experiences around the United States. 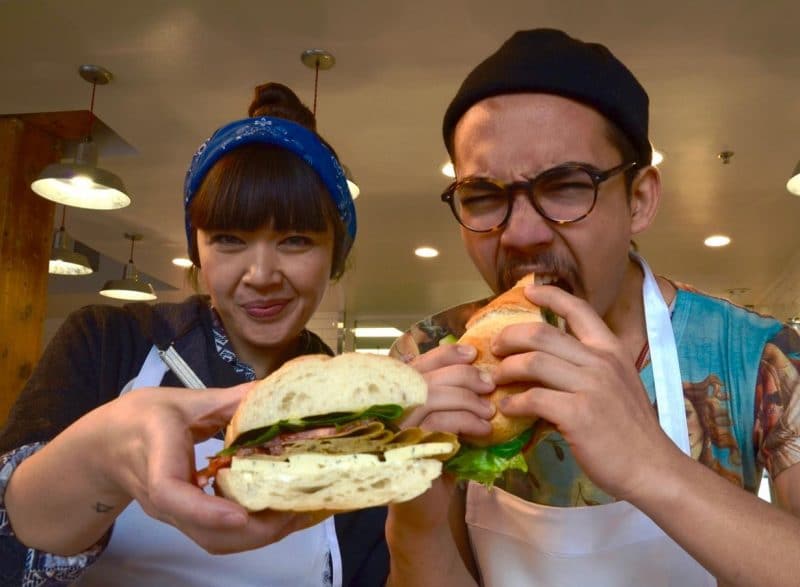 Sister and brother team behind the vegan butcher. Photo courtesy of the Herbivacious Butcher.

A vegan butcher shop? No, it’s not an oxymoron, thanks to the Herbivorous Butcher in Minneapolis, Minnesota. Brother and sister duo, Kale and Aubry Walch, opened America’s first vegan butcher shop, filled with picnic-friendly plant-based meat and cheese. Basically anything you’ve ever dreamed of you can get meat-free, like vegan ribs, deli meat and jerky as well as vegan dill Havarti, feta and Camembert. Their sandwiches and soups are prepared fresh for takeaway.

In addition to a rotating selection, you can try the Italian Cold Cut and the Turkey Dill Havarti sandwiches that Guy ate when the place was featured on the Food Network’s Diners, Drive-ins, and Dives.

The Herbivorous Butcher is located at 507 1st Ave NE, Minneapolis. 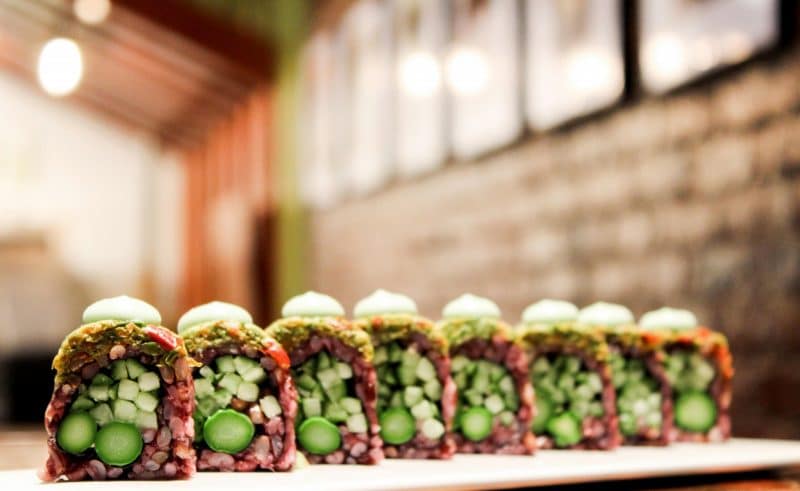 If you’re looking for the most Instagrammable places in New York City, this should be on your list.

Due to the omnipresence of fish and fish flavoring in Japanese cuisine, sushi restaurants can be difficult for vegans. But at Beyond Sushi, a 100% plant-based chef-driven sushi restaurant, you won’t find your typical sushi – there’s no white rice and certainly no meat or fish. They don’t even try to fake it; Chef Guy Vaknin has found a way of showcasing fruits, vegetables and grains in their natural forms and bringing them together in unconventional, flavor-packed rolls.

You’ll also find other dishes such as dumplings, noodle salads and noodle soups that non-vegans will enjoy just as much as vegans do.

Beyond Sushi is located at 229 East 14th Street New York, NY. They also have two other locations in Manhattan and will be opening more in 2017. 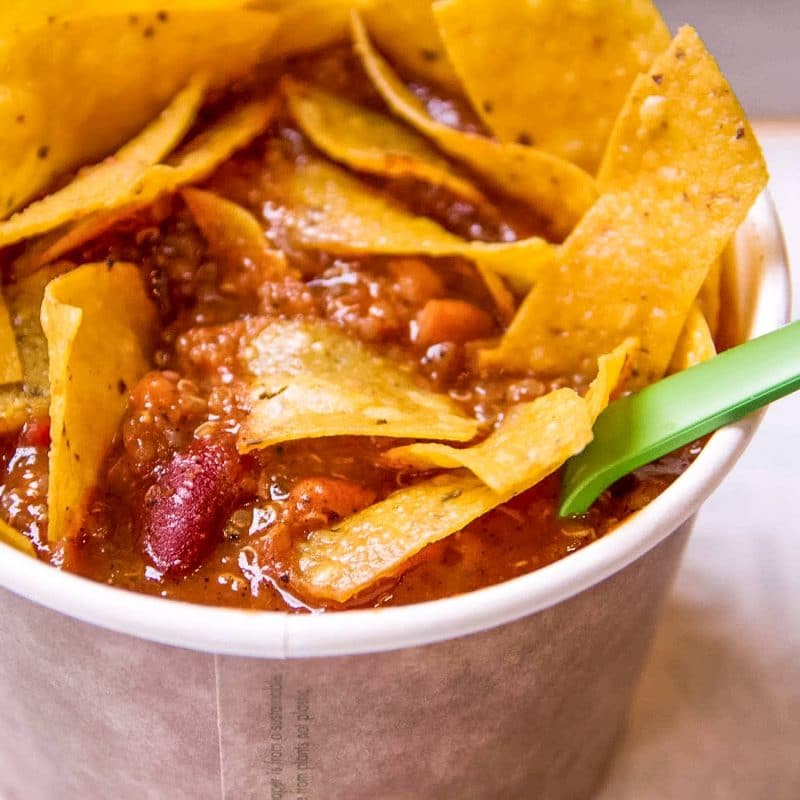 Thanks to Hip City Veg, vegans don’t have to feel deprived. This rapidly expanding vegan powerhouse turns all your greasy guilty pleasure fast food favorites into 100% plant-based meals. You can find cheesesteaks, crispy chicken sandwiches with ranch dressing and cocktails, and it’s all vegan. The owner is helping to make vegan eating simple, approachable and easy to integrate in daily life. 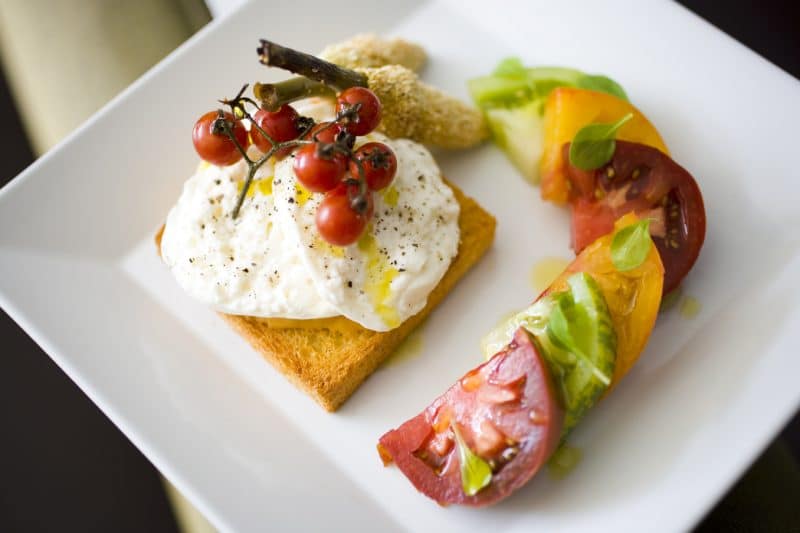 If you’re looking for a contemporary community-focused vegan & vegetarian restaurant in Chicago, look no further than the pure ingredient-obsessed Green Zebra in the West Town neighborhood. In the last 12 years the restaurant has developed relationships with farmers, foragers and community members to find the freshest food to celebrate. The menu is constantly evolving to feature seasonal treats, including Hen of The Woods Mushroom Pate, Cashew Masala, Fermented Beet Tartare, Three Sisters Gardens Pumpkin Potstickers and Spence Farm Poached Duck Egg.

To elevate your dining experience, you can enjoy an ingredient-focused tasting menu that uses one main seasonal ingredient in all dishes. This menu changes biweekly, and often celebrates holidays like vegetarian Fourth of July BBQ, Thanksgiving and others. 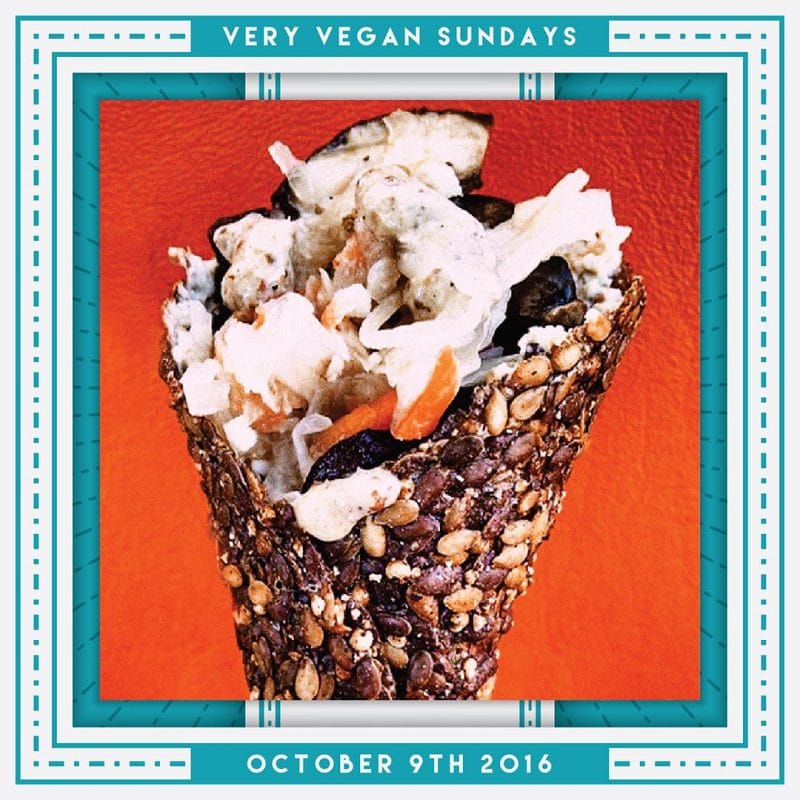 The Rueben Cone is coming to Oktoberfest. Photo courtesy of Very Vegan Sundays.

Food trucks are another emerging culinary trend. Thanks to the Very Vegan Sunday at SoMa StrEat Food Park in San Francisco, vegans are spoiled for choice. Every second Sunday of the month you can find food trucks filled with vegan delights, often with a theme or activity to make the event even more exciting. It’s the perfect excuse to show your meat-loving friend that vegan food can be fun and delicious. This month, they are hosting a Oktoberfest-themed Vegan Sunday with Pretzelina’s famous homemade Bavarian soft pretzels and Raw Daddy’s famous Reuben Cone. Past themes include Mother’s Day, Super Bowl Sunday and a Robin Williams movie marathon and tribute. 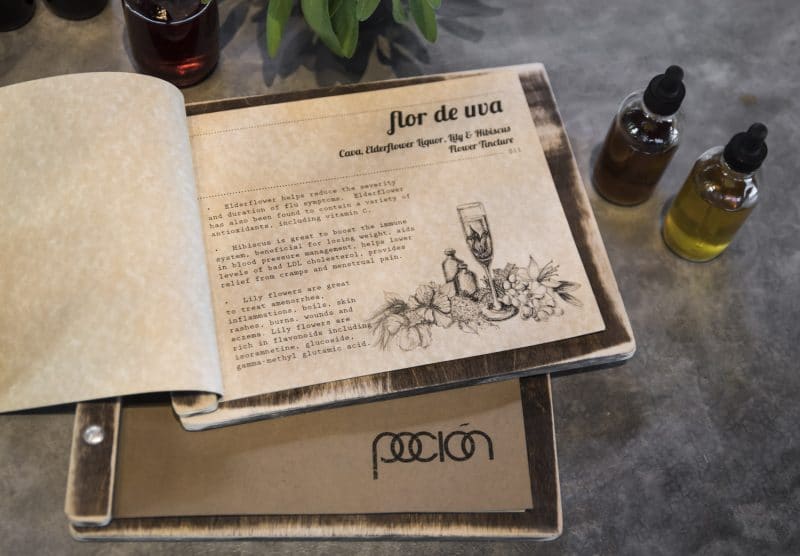 Poción may be a hole-in-the-wall, but it’s a treasure trove of Caribbean and vegan delights. Located in the primarily Dominican neighborhood of Washington Heights, Poción serves vegan interpretations of traditional Dominican dishes, along with vegan cocktails. The Dominican-born owner and lawyer-turned-chef Alex Peralta opened this neighborhood bar to sell healthy, vegan, organic, contemporary drinks and snacks, while paying homage to his heritage. You can nibble on avocado & pineapple ceviche, enjoy vegan empanadas or snack on pastelon de platano maduro (roasted sweet plantains with vegan beef). 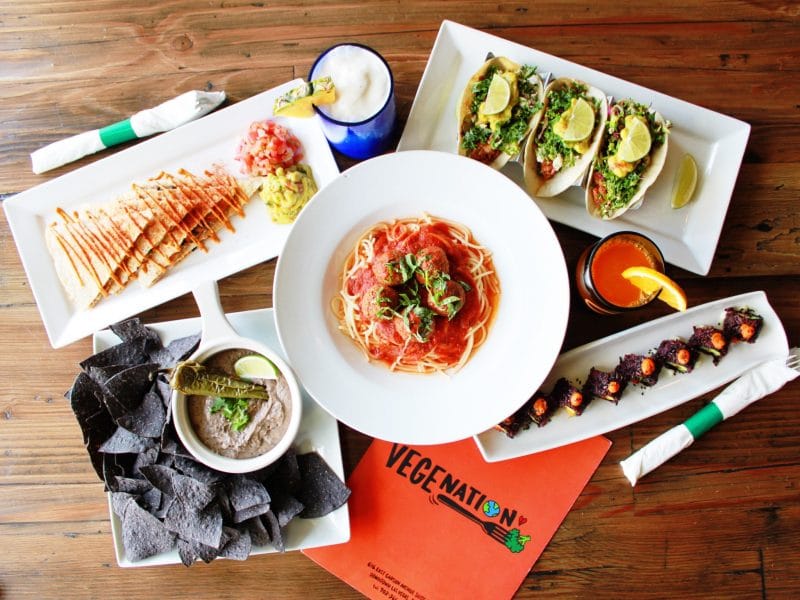 Sin City has plenty of temptations with casinos, buffets and excessive steak dinners, but you can be good to yourself at VegeNation. This community-based restaurant serves 100% plant-based global street food. Even better, the restaurant is a hub for a variety of activities that encourage healthy living. Weekly, the space hosts local musicians, live DJ sets, morning yoga, popup art exhibitions, community table for change-making gatherings, pop-up fundraisers (last year they raised over $10k for local school gardens we adopted), and a pop-up garden to grow herbs with hydroponics, garden boxes and a garden tower. 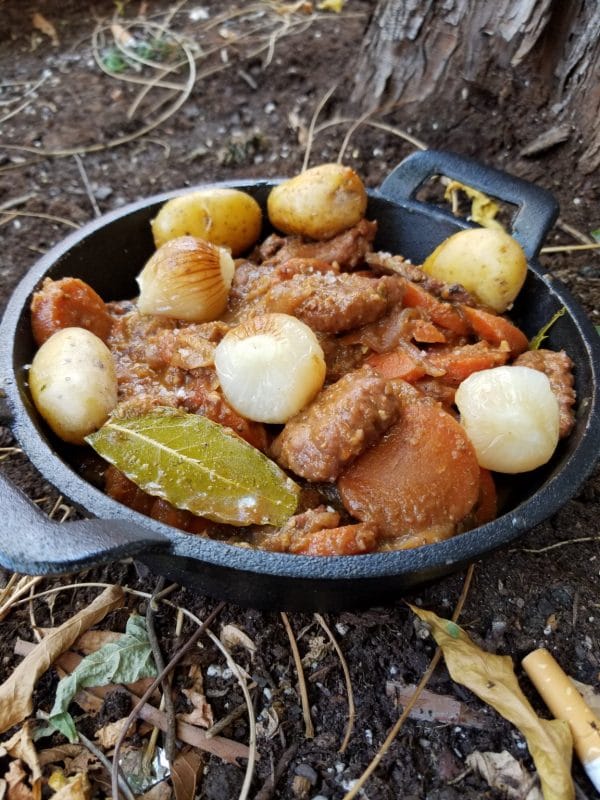 Delicious French food without cheese? It’s possible thanks to Delice & Sarrasin in New York City. The restaurant’s name translates to “delicious” & “Sarrasin,” the buckwheat flour used in preparing the savory French crepe called “galette.” Yvette’s homemade cooking brings the authenticity of French cuisine to the heart of the West Village, with a meat-free twist. You can find dishes like Beef Bourguignon made with vegan beef marinated in red wine, pearl onions, carrots and vegan bacon, Homemade Vegan foie gras, and even vegan escargot in garlic butter.

By the way, if you’re looking for vegan food in Denver or restaurants for eating vegan in Austin, we have an entire guide of delicious plant-based eateries!

What restaurants would you add to this Vegan guide?

125 Recipes That Prove You Can Go Vegan [Great Reads]

Katie Foote may be a physicist by trade but she spent several years travelling the world as much as possible. After four years of semi-nomadic life, she spent a couple years in Auckland, New Zealand and recently moved to Vancouver, Canada. Despite living more traditionally, she has insight on how to travel the world on a graduate student budget (cheap!), explore off-the-beaten-path destinations and authentically experiencing new places by connecting to locals. When she's not doing physics or globe-trotting, she likes kickboxing, yoga and exploring her extraordinary new backyard of British Columbia.