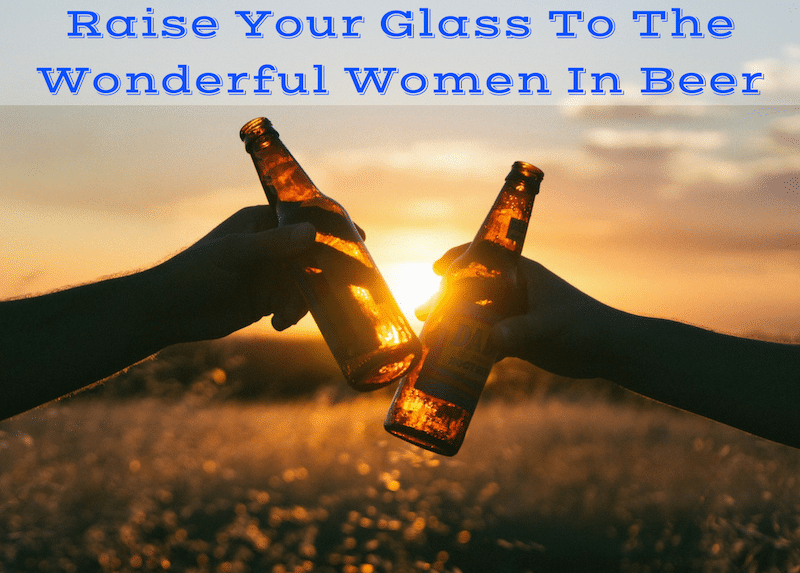 Upon first glance, Burnside Brewery resembles your typical Portland brewpub — locally-sourced food paired with craft beer served in a chill space. Weather permitting, folks gravitate to the picnic tables dotting the outdoor patio where they sip everything from traditional IPAs to experimental seasonal to guest beers and ciders.

As the brewery itself is in an enclosed space next to the brewpub, those working behind the scenes tend not to be seen by patrons savoring their wares; however, if patrons could see behind the walls they might be surprised to learn that Burnside’s award-winning beer is made by a woman, Natalie Baldwin — though she emphasizes beer should speak for itself, and not based on who brewed it.

Women having actually been brewing beer since at least 3,500 BC; however, Gail Oberst, founder and former publisher of the “Oregon Beer Growler,” comments it hasn’t always been the girl power story we’d like to believe.

“Women’s role in the old beer media was relegated to bikini-clad babes straddling motorcycles and holding bottles of Buds and Miller Lites,” she explains. “You know them from the calendars in your dad’s garage. We’re not arguing a woman’s right to wear and drink what she wants, but this one-dimensional depiction of women has possibly turned off 50% of the potential beer-drinking public.” 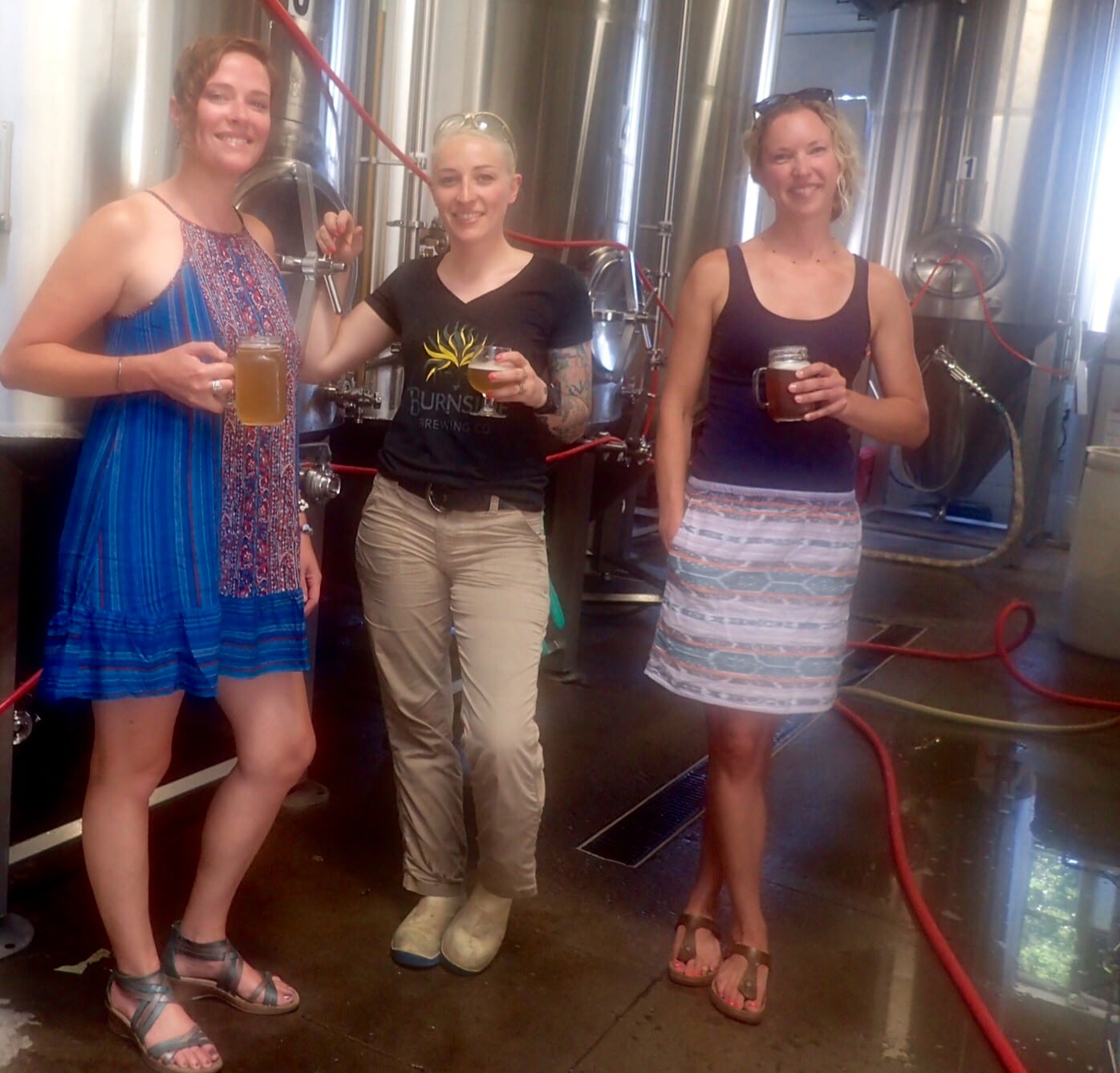 The good news is this type of advertising isn’t prevalent in craft breweries. Moreover, the industry is changing with more skilled women entering the workforce — and not just to lay out on a Harley — and consumer market. In fact, a Brewer’s Association report shows women ages 21-34 now represent 15% of the total craft beer consumption. This growth has led to organizations like the The Pink Boots Society, dedicated to empowering women in all aspects of the beer industry with the help of their 28 chapters across the United States. Moreover, “Oregon Beer Growler” has published an annual Women in Beer issue for the past four years.

Caitlin Braam, President of Two Beers Brewery and Seattle Cider Company, still sometimes gets curious looks from people who can’t believe this bubbly former TV reporters is actually the president of a brewery and a cidery; however, she finds people question her knowledge less nowadays and accept she knows her stuff.

“Being a woman in the brewing industry is becoming less of a thing,” she explains. “There’s more focus on what we’re achieving and what kind of beer we’re brewing.” 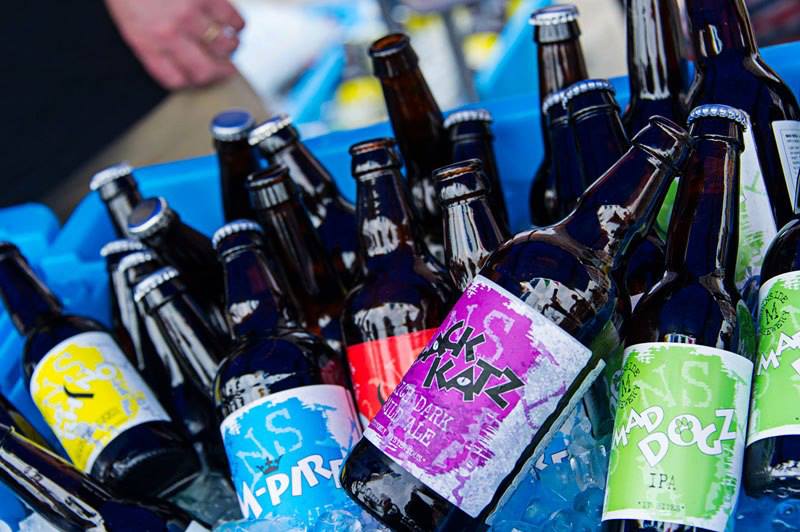 Despite Progress, There’s Still A Long Way To Go

But things for women in beer aren’t perfect, depending where you go. Not all cities have the same mindset. For instance, Baldwin notes that in Portland she gets treated like a peer based on her work ethic and skills; however, when she travels to certain other states she sees how women have to fight harder for their place. In Philadelphia, Baldwin says her team was actually ignored at the Craft Brewers Conference.

She recounts, “Everyone else got introduced and we were like, ‘Hi, we are in the industry as well. We’re not some girls just hanging out.'”

Another member of the Burnside team, Kristin White, wears a Burnside Brewery badge at craft beer conferences. Still, people tend to approach her boyfriend as though he is the beer expert. He’s not; she is.

The rise of women in beer has also influenced brew flavor perceptions, debunking the notion that lighter fruitier beers are made for women. Mary Powell, who manages Burnside Brewery’s pub, opines, “My least favorite question is when someone asks what is your girliest beer? I personally prefer really heavy stouts and porters.”

And it’s not just women drinking and brewing more beer, but promoting it. BREWVANA, Portland’s premiere brewery tour company known for promoting high energy informative outings, is led by women. Moreover, Chris Crabb organizes and promotes a number of beer festivals in Oregon. In particular, she is responsible for the Oregon Brewers Festival, the largest beer festival in the greater Portland area attracting over 80,000 people each July. 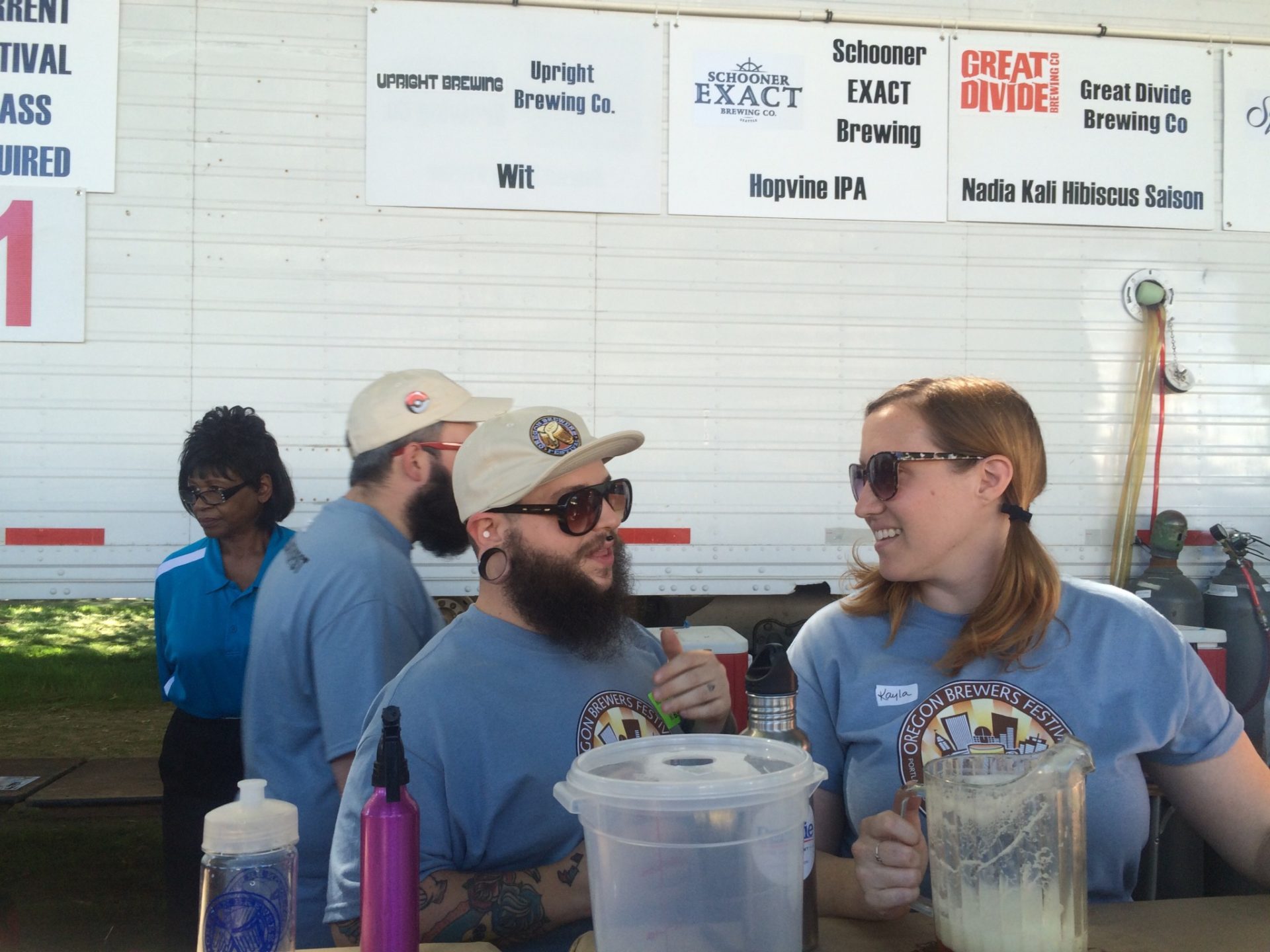 The Future Of Women In Beer

In his estimation, “I believe the media perpetuated a myth that women are not as welcome in the beer industry. In my experience, that is just not true at all. We would like to see everyone become craft beer drinkers.”

Who are some of your favorite women in beer? Celebrate them in the comments below!