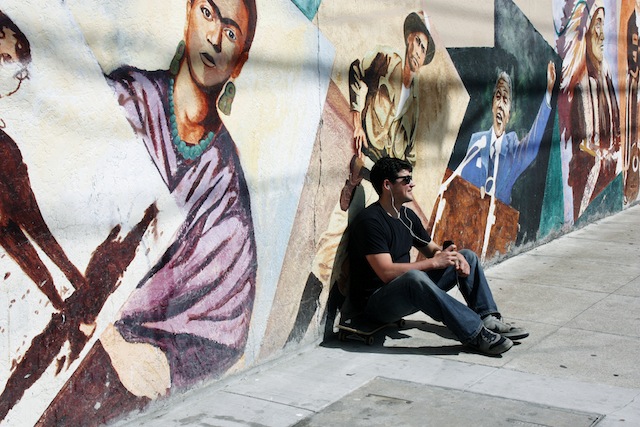 Thought-provoking murals are the backdrop of the Mission. Photo courtesy of Sam Reynolds.

Walking through the vibrant streets of the Mission is like walking through a vivid art gallery. Instead of hushed tones and lofty rooms, the artwork here lives on the walls of alleyways and parking lots, on garage doors and children’s playgrounds. It is woven into the fabric of the community, like a bold and evocative backdrop, around which their lives unfold.

The Mission is a neighborhood filled with colorful, heartfelt murals. Some are contemporary artistic expressions; others are iconic emblems of a past rooted in the struggle for equality. Collaboratively they tell the story of a heritage in a way that is meaningful and accessible, bringing art into people’s everyday lives.

For much of its history, the Mission grew as a “city within a city” with a diverse culture and a distinct identity. It is the center of Latino culture in San Francisco; a haven for counterculture. Historically, San Francisco’s culture of public art has its roots in the tradition of post-revolution Mexican murals. This was the foundation of the Mission’s Chicano Mural Movement in the 60’s. When the Chicano Civil Rights movement took hold, murals became an important medium for the preservation of Latin American culture; however, the major difference between it and the Mexican Mural movement is that, unlike the Mexican murals, these new works were not sponsored by the government. Instead, they were created by people struggling against the status quo, reflecting the concerns of the community. 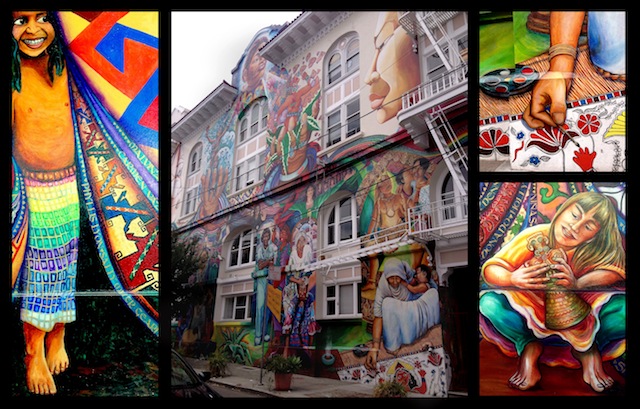 A collage of women’s murals, with MaestraPeace in the center. Photo courtesy of Sam Reynolds.

In the Mission – specifically on 18th street – stands the Woman’s Building in the Mission revival style, founded in 1971 by a group of visionary women to advocate self-determination, gender equality and social justice. It was the first women-owned community space in San Francisco.

On its facade you’ll find a vivid mural standing as a larger than life celebration of women as artists, healers and leaders. Vibrant scenes of women dancing, painting, protesting and nurturing their children covers the walls. In 1994, a multicultural and multigenerational collaboration of seven women artists created this educational artwork — called “MaestraPeace” — to tell the story of the healing wisdom of women throughout history. Recommended as a “must see” in travel guides, tourists, with their cameras gather to appreciate this ‘icon of art and empowerment’. As Muralista Irene Perez put it: “We brought fine art to the streets and added the beauty of women in our culture.”

Continuing my exploration of the Mission, I notice the murals are just as bold and powerful, but the artistic landscape has changed. As the neighborhood becomes more ethnically and sexually mixed, artists from the community address different concerns. In Balmy Alley — where you’ll find the city’s highest concentration of murals — works speak about AIDS as well as economic, sexual and immigrant rights.

Walking down the alley, I am drawn to a beautiful mural portraying women as saints, radiant against a deep, blue background filled with stars and stories. The artist has dedicated this mural to the contributions of San Francisco’s transgender community, who are often overlooked in the struggle for equal rights. Stories about the women’s lives explain the violence, sexism, exclusion and fear this community faces. The artist writes the following: “This mural is dedicated to the work of a few activists among many, who have fought for a more just, accepting and righteous San Francisco.” I walk away moved – more educated about diversity, tolerance and mutual acceptance. 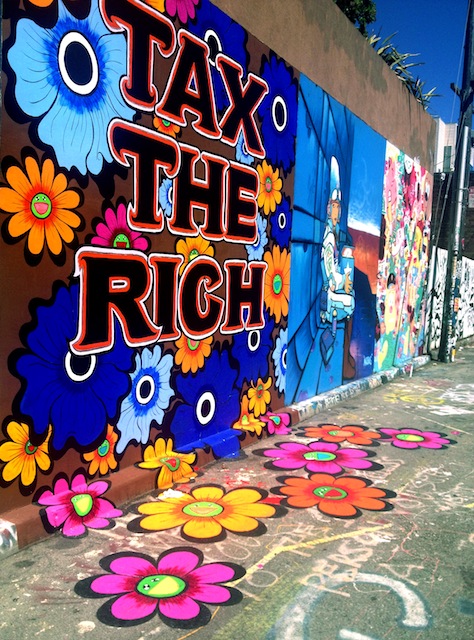 Further down the alley, a mural painted in fiery reds, dark browns, and yellow ochre catches my eye. A frightened woman huddled in a boat, clutches her children, fire raging around her. She is an immigrant from the civil war in El Salvador. The mural illustrates the beauty and hardships of her home country, the journey to the U.S. and her overwhelming new life. It is symbolic of the struggle for social inclusiveness faced by many fleeing from war torn countries when they land in the United States. Further down the alley a huge, boldly painted mural screams “Tax The Rich,” a protest against the tax breaks given to the wealthy, resulting in the lower income groups paying more tax than the upper. Someone has painted daisies around it, which spill out onto the street. Later, smiley faces are added. This is street art, unprotected from glass with anyone able to add his/her brushstrokes.

I’ve spent many days in the Mission taking in countless murals. They beautify the neighborhood, honor heroes of the community and highlight contentious issues; however, I can’t help but wonder what the future holds for these Mission murals? So many traditions have been portrayed, and so many topics have been exhausted. Graffiti has exploded in the neighborhood. Old murals have faded and many have been painted over. As Patricia Rose, a Mission muralist explains: “The environment of the streets can be hard on murals. Fences fall over and houses get repainted. Many of Balmy alleys’ murals have not survived. But, they continue to evolve, and they continue to bring people together to create beautiful and representative art.” 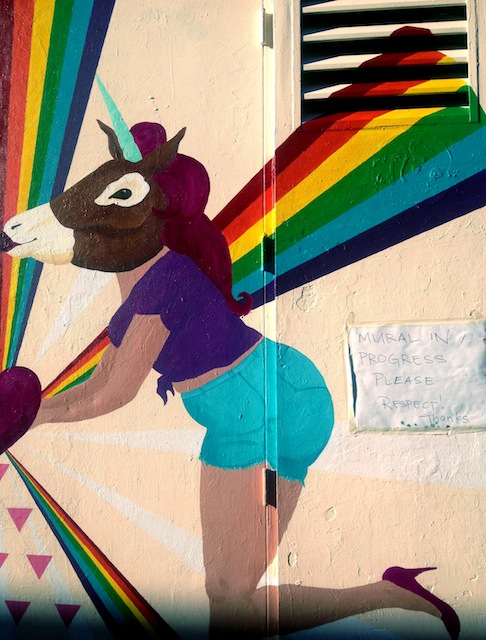 I walk in the now fading sunlight, thinking about the murals I’ve seen. My hope is street art continues to build the community and remain an important community voice. I hope this unique art form and creative expression will continue to flourish in the future.

At the end of the alley, I see an unfinished mural. The piece of paper stuck onto it proclaims, “Mural in progress, please respect.” I smile to myself, Patricia’s words echoing in my head: “…Muralismo will continue to evolve and take different shapes, but everywhere it goes, it will be informed by its past and the concerns of its community.”

Happy, relieved I turn the corner. 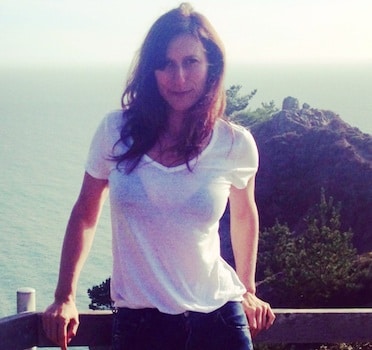 Sam Reynolds defines herself by three things – her love of books, seeing the world through the eye of a lens and her restless spirit. After graduating with a degree in History of Art and Drama and Film, she explored many different paths – fueled always by her love of travel. After studying yoga teaching in Mumbai, Thai massage in Chiang Mai, spa management in London and photograph in Cape Town, she realized writing, photography and traveling were the three passions that remained constant. She loves sharing her experiences around the world through her writing and photography. You can follow her adventures at Golden Dreams.